It's time for our next installment of coverage from Total Retail's Salary Benchmark Report. This week we examine how a retail executive's level of education impacts his or her salary (see the chart below). As a reminder, the Salary Benchmark Report was produced after an online survey was sent to Total Retail’s audience over a two-week period in late June. The survey resulted in 660 responses, which the analysis contained in the report is based upon. 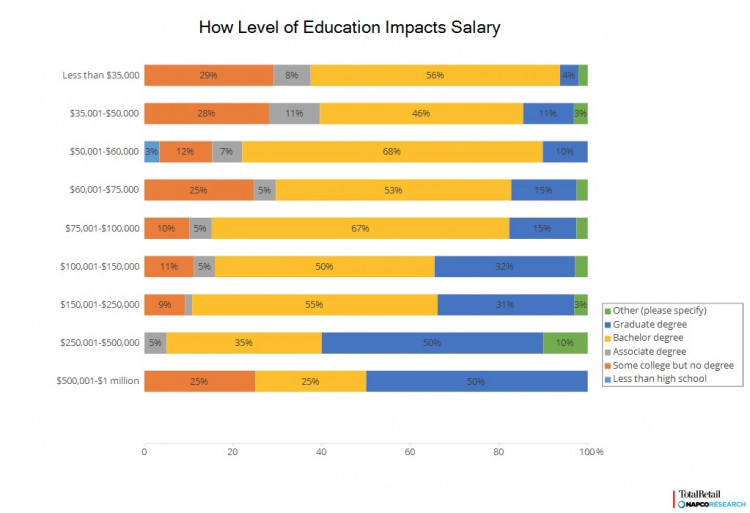 In this interactive webinar, our speakers will be addressing how retailers can prepare their stores for the forecasted surge in demand.