An Analysis of Retail Executives’ Salaries

As part of our continuing coverage of Total Retail’s Salary Benchmark Report, this article focuses specifically on the salaries of C-suite retail executives — CEO/president/founder; chief marketing officer; C-level exec other than CEOs and CMOs; and vice president. The Salary Benchmark Report was produced after an online survey was sent to Total Retail’s audience over a two-week period in late June asking them about their salaries, benefits and opinions on how easily it was to climb the corporate ladder at their current companies. The survey resulted in 660 responses; this segment of the respondents accounted for 182. 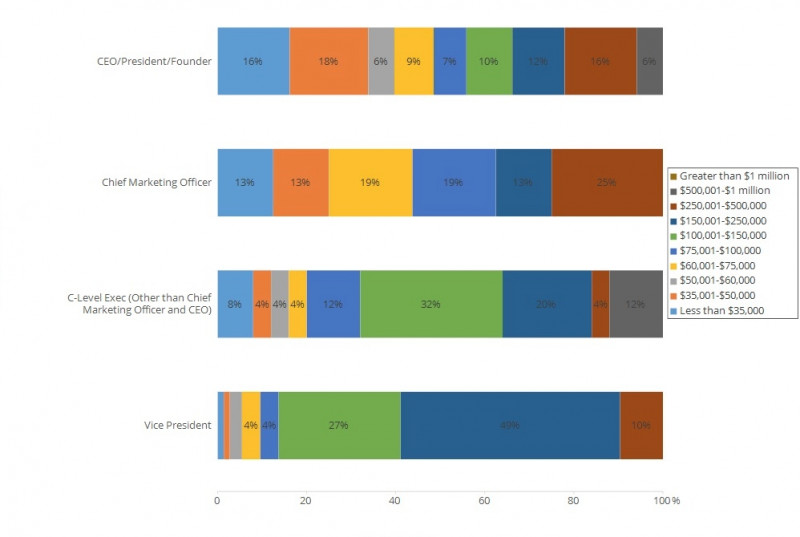 Some of the more interesting findings from this chart is that 16 percent (11 of the 68 respondents in this segment) of CEOs/presidents/founders are earning less than $35,000 per year. In fact, only 32 percent of CEOs/presidents/founders said they earn more than $150,000 annually, compared to 59 percent of vice presidents that said they earn more than $150,000 per year. Perhaps the top spot isn't all it's cracked up to be.

Furthermore, the highest percentage of CEOs/presidents/founders (18 percent) said they earn between $35,001 to $50,000 per year. My guess is that this may be reflected in base salary, without counting in financial benefits such as stock options and profit sharing. The salary ranges for chief marketing officers are more evenly spread out, with 45 percent earning less than $75,000 annually, and 55 percent earning more than $75,000 per year.

Get more insights into retail executives’ compensation packages plus much more to help you maximize your earning potential by downloading the full Total Retail Salary Benchmark Report here.