Do Retail Execs Feel They're Being Compensated Fairly?

The Salary Benchmark Report was produced based upon the responses to an online survey that was sent to Total Retail’s audience over a two-week period last summer. Survey questions asked respondents about their salaries, benefits (financial and nonfinancial), opinions on their career paths and compensation fairness, as well as demographic information. The survey resulted in 660 responses; the C-suite respondents accounted for 182 responses.

The chart below shows these 182 respondents answers to the following statement: Choose the statement below that most closely aligns with how fairly you believe you are compensated. (Click on the chart to get an expanded view.) 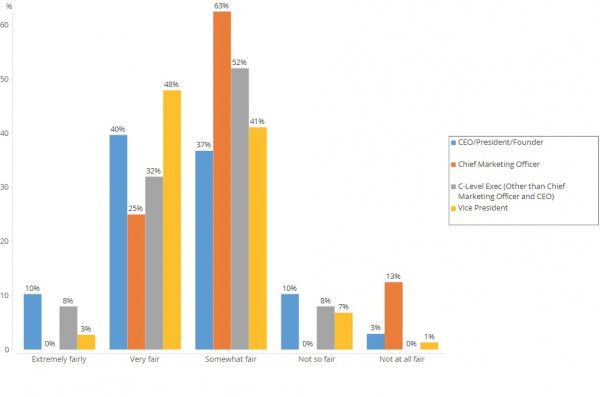 Here are some of the key findings to emerge from the data:

Related story: The Benefits Retail Execs Want That They're Not Getting

How to Scale Down Successfully After Busy Seasons

How Ulta Beauty is Driving Equity and Inclusivity