The Benefits Retail Execs Want That They're Not Getting

For this week's coverage of Total Retail's first annual Salary Benchmark Report, we identify the job benefits that retail executives — CEOs/presidents/founders; chief marketing officers; C-level execs other than CEOs and CMOs; and vice presidents — want but don't get. In addition to base salary and financial perks (e.g., stock options, profit sharing), benefits are critical when evaluating the attractiveness of a position. In fact, they're often the difference between acquiring and retaining top-notch talent or losing it to your competition. Last week we identified the benefits that retail executives are receiving; this week we get insights into what they want that they're not getting.

The Salary Benchmark Report was produced based upon the responses to an online survey that was sent to Total Retail’s audience over a two-week period last summer. Survey questions asked respondents about their salaries, benefits (financial and nonfinancial), opinions on their career paths and compensation fairness, as well as demographic information. The survey resulted in 660 responses; the C-suite respondents represented in the chart below accounted for 182 responses.

The chart below are responses to the following statement: Choose from the list of benefits below the ones you don’t have that you would like to have. (Click on the chart to get an expanded view.) 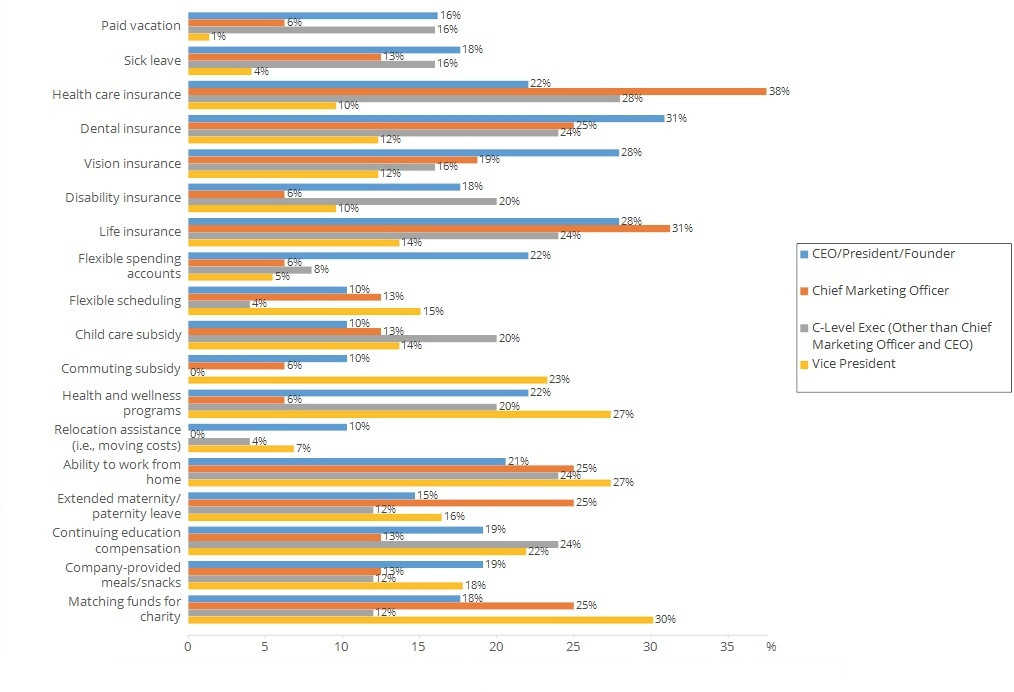 Here are some highlights from the data: