By removing the step of shoppers visiting a separate website to apply for a loyalty number or add an existing one, retailers eliminate a point of potential abandonment due to frustration

Google hosted its annual Google Marketing Live event in late May, and as is the custom, announced many new advertising and e-commerce innovations. While each has its own potential benefits for retail advertisers, one in particular looks like a game-changer right off the bat:

In the upcoming months, you’ll be able to showcase your loyalty program benefits — such as deals, free shipping, and points — to shoppers in the U.S. We’re offering this in two ways. First, you’ll be able to easily integrate your loyalty programs in Merchant Center so that your free listings can display loyalty benefits to the existing program members that opted in to see them. Second, we’re starting to roll out the ability for advertisers to attract new loyalty members when they use Performance Max campaigns for online sales with a product feed. Using Customer Match, you’ll upload your loyalty lists to advertise your programs to potential new loyalty members only. 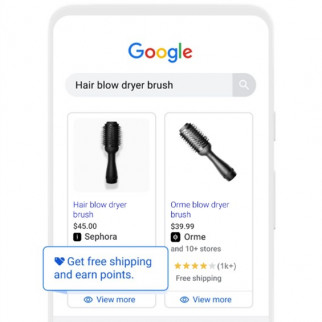 Why is it Such a Game-Changer?

First and foremost, this simplifies the use of loyalty programs for e-commerce shoppers, and anytime you can reduce barriers or steps to a conversion it increases the likelihood of shoppers completing a purchase. By removing the step of shoppers visiting a separate website to apply for a loyalty number or add an existing one, retailers eliminate a point of potential abandonment due to frustration.

Second, this is another opportunity to build first-party data that’s essential in marketing as cookies become obsolete in the age of increased privacy. Google, for its part, is expected to retire cookies in 2023. Loyalty programs have long been an effective opt-in tool for retailers to build customer databases for remarketing; having that built right into product ads where many start their purchase journey only increases the likelihood that customers will join.

Finally, this is beneficial for retailers as it provides an avenue to build customer loyalty, which has significant influence in purchase behavior and thus revenue. SmallBizGenius collected a number of loyalty program stats that paint a valuable picture; some of the highlights:

Google cited a McKinsey Consumer paid Loyalty 2020 Survey during its announcement, showing members of free loyalty programs increased their spend by 30 percent after signing up, with the figure doubling for members of paid programs.

A Change in Thinking

Traditionally, advertisers used Google Shopping ads strictly to generate sales. With the new loyalty program capabilities, they need to change the way they think of the Google Shopping (now Performance Max) program. Yes, it can still be used to generate sales, but it can also be a key component to building long-term customer loyalty. Don’t forego long-term opportunity for short-term gains, even if setting up loyalty programs within Google Ads takes some getting used to.

By adjusting their strategies, including budget and key performance indicators, when considering this new program, retail advertisers not only will benefit by increasing sales via loyalty programs, but each new signup builds a stronger customer database ripe with first-party data, including past purchases, frequently purchased items, how frequently they purchase from your brand, and other invaluable information for nurturing customers on their purchase journey.

Marquita Arnold is director of digital media training for Chacka Marketing, a leading digital media agency specializing in paid search, paid social, programmatic display and consulting services based in Tampa, Fla. Marquita can be reached at marquita.arnold@chackamarketing.com or join more than 110k others and follow her on TikTok @shoppingbestie.

Amazon Expands 'Buy with Prime' to US Merchants

Customer Engagement Lessons to Take Into 2023