Alibaba to Invest $20M in Rent the Runway 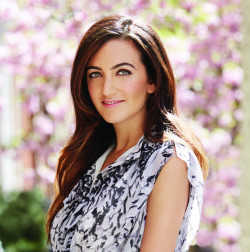 Blue Pool Capital, a financial firm that principally invests the wealth of Alibaba founders Jack Ma and Joe Tsai, has invested $20 million into the women’s clothing rental business Rent the Runway, according to a report in Recode last week. Reportedly, the funding values Rent the Runway at just shy of $800 million. Rent the Runway Co-Founder and CEO Jennifer Hyman said she was not planning on raising new funding but saw this as a rare opportunity at an advantageous time in the company's life cycle.“I have huge respect for Joe and Jack, and wanted to opportunistically involve them in the business as we embark on our biggest growth stage,” Hyman told Recode. “Given the global aspirations that we have — especially in Asia — I thought they would be very good people to have around the table.” Rent the Runway last raised funds in late 2016, when it secured a $60 million Series E investment led by Fidelity. That deal valued the company at $750 million.

Total Retail's Take: Industry insiders have speculated the investment into Rent the Runway by the co-founders of China’s largest e-commerce company means it may be moving to acquire the company. After all, Alibaba has been looking to expand into new markets outside of its home country of China. By partnering with Rent the Runway, Alibaba further increases its presence in the U.S., a known growth market for the online giant.