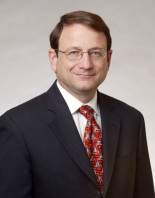 Gerald Storch, CEO of Hudson’s Bay Co. (HBC), is stepping down from his role, HBC announced after the close of stock markets on Friday. Storch will depart effective Nov. 1, and return to his firm,  Storch Advisors, HBC said in a press release. It didn't give further details on the reasons for his departure. Richard Baker, HBC's governor and executive chairman, who had previously served as CEO, will re-assume the role while the company conducts a search for a new top executive. "The board and I are grateful for Jerry's contributions over the past three years, including enhancing our all-channel strategies, recruiting key talent, leading our cost-cutting efforts, and working to address the challenges for our banners in the fast-evolving retail environment," Baker said in the release. Storch is former CEO of Toys"R"Us, who joined HBC in January 2015.

Total Retail’s Take: The departure of Storch wasn't unexpected. There have been rumors that Storch and Baker weren't in total agreement about the direction of the company. What’s more, Storch’s move follows several additional senior departures this year, who likely left as a result of a difficult retail climate that HBC wasn't immune to. For example, it reported a $201 million loss in its most recent fiscal quarter. HBC attributed the loss to lower gross margins, along with higher expenses for sales and administration, depreciation and amortization. HBC also said back in June that it was cutting 2,000 jobs amid reorganization. The retailer has also been under pressure recently from a minority shareholder, activist hedge fund Land and Buildings, which has called on HBC to monetize some of the value in its real estate. Land and Buildings threatened in September that it would move to oust HBC directors if the company didn't take steps to boost its performance. In August, HBC said it was conducting a review of its strategic options, including the possibility of going private, and potential sales of retail assets and real estate.

Hudson's Bay CFO to Stay With Company Until Replacement is Found