The Salary Benchmark Report was produced after an online survey was sent to Total Retail’s audience over a two-week period in late June asking them about their salaries, benefits, and opinions on their career paths and compensation fairness. The survey resulted in 660 responses; the C-level respondents represented in the chart below accounted for 182 responses. 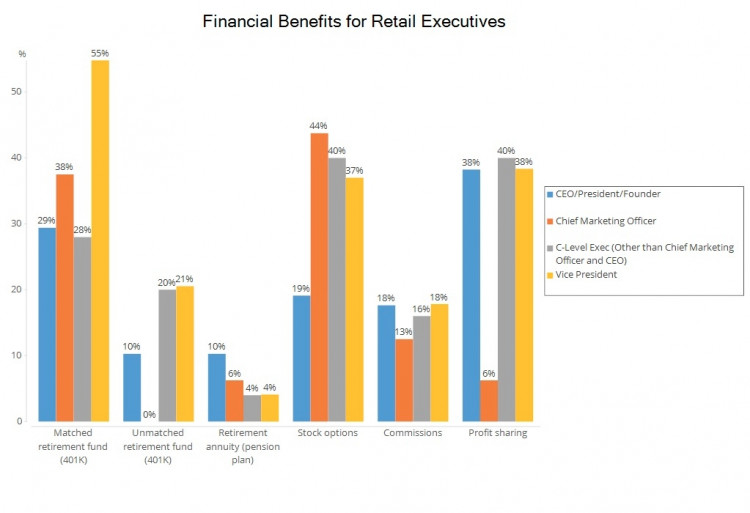 Another interesting highlight from the data is that chief marketing officers receive, for the most part, less financial benefits than their C-suite counterparts, ranking lowest in three categories — unmatched retirement fund; commissions; and profit sharing.

Lastly, and perhaps not surprisingly, CEOs/presidents/founders, rank at or near the top of most benefits categories, including leading in retirement annuity (10 percent said they will receive one) and commissions (18 percent). Along with the stress and responsibility of leading a company does come some nice perks.

Get additional insights into retail executives’ compensation packages plus much more to help you maximize your earning potential by downloading the full Salary Benchmark Report here.

Kohl's to Give Bonuses to Loyal Hourly Employees