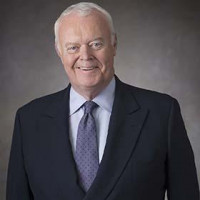 Total Retail's Take: Martinez has had a distinguished career in the retail industry, and will be greatly missed by the Abercrombie & Fitch board. He led the turnaround of Sears in the late 1990s as its CEO, restoring the company to profitability after years of losses. He also served in a number of senior executive positions at Saks Fifth Avenue, among other companies. He also served as Chairman of HSNi until it was acquired in late December 2017. Meanwhile, Terry L. Burman has achieved notable success in a number of senior roles in retailing, most notably in the specialty jewelry sector. He currently serves as chairman of the board of Tuesday Morning Corp. and as a director of the Learning Care Group. During his career Burman has held the positions of president and CEO of Barry's Jewelers, CEO of Signet, chairman of Zale Corp., and was a member of the board of directors of Yankee Candle Co.

Pivot or Perish: Success Tactics From the Pandemic

Costco is Raising Starting Wages to $17 an Hour

E-Commerce Marketers Ready for the Future of Work?