Despite years of speculation that consumers are too overwhelmed with the volume of marketing emails to open them, new data from Yes Lifecycle Marketing indicates that subscribers are actually interested in those emails. At the same time, the report shows that an eagerness among consumers to receive and open marketing emails is simply not enough for retailers to drive real return on investment from this channel.

Let’s look at some data to back this up.

The Yes Lifecycle Marketing “New Age of Email” benchmark report finds that new subscribers comprised 6 percent of marketers’ subscriber base in Q1 2017, an 8 percent year-over-year (YoY) increase and a 30 percent increase over the last three years. What’s more, subscribers are more willing than ever to open marketing emails. The average open rate is now 16 percent, up 4 percent quarter-over-quarter (QoQ) and 9 percent YoY.

Yet despite growing subscriber bases and open rates, engagement rates have been on the decline. The average click-to-open (CTO) rate decreased 13 percent YoY and 22 percent over the last two years. This means that retailers still have much to learn about engaging consumers with relevant, timely email content.

Here are three strategies for brands to boost subscriber engagement rates beyond the initial open.

Get the Timing Right

One way brands can boost engagement rates is to be more strategic with timing. This means identifying email engagement and conversion patterns by day of the week and adjusting strategies accordingly.

The report found that marketing emails sent on Friday and Saturday garnered the highest engagement. Fridays dominated open rates and CTO rates at 18.2 and 10.8 percent, respectively, while Saturday emails saw the highest conversion rates, with 3.6 percent of all email clicks turning into a purchase. Most notably for retailers, the Q4 holidays were the only time in 2016 when Saturdays didn't yield the highest conversions.

Retailers will be smart to incorporate a Friday and Saturday email into their next big campaign such as the back-to-school season. With that said, it’s important to analyze the timing of previously successful campaigns to better understand the preferences specific to your audience. What works for a fashion retailer may not work as well for a big-box retailer.

Another effective strategy for boosting email engagement is by using context to make your email content more exciting, relevant and creative. Engaging content makes subscribers feel more connected to the retailer on a personal level, and often more likely to convert.

Home Depot, for example, sent emails this spring about plants that are in season based on each subscriber's geographic location along with recommendations for projects to do with each type of plant. An email like this is a welcome change from cookie-cutter emails that simply send offers on plants or gardening supplies, for example. 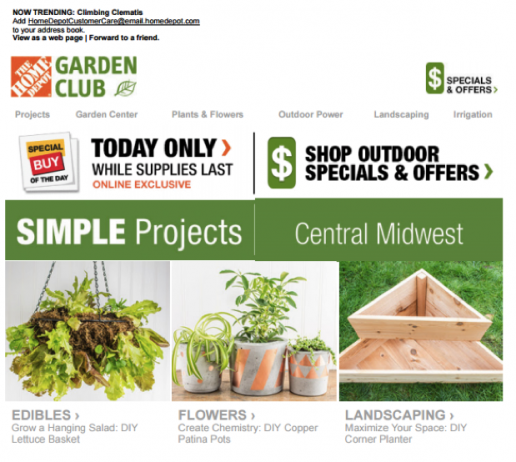 Another great example is a recent Netflix email announcing the release of the new season of its original show, "House of Cards." The email appeared as a letter coming from Frank Underwood, the show’s main character, rather than a simple email announcement, playing into Netflix viewers’ interest in storytelling and entertainment. 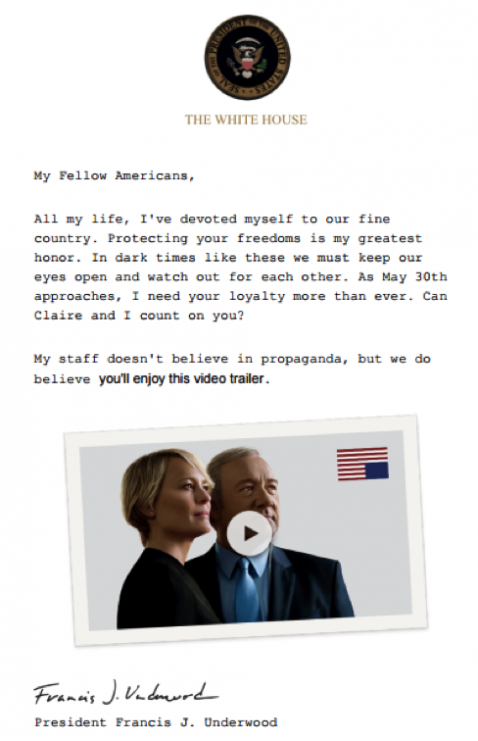 Use Triggers in Response to Real-Time Events

Lastly, triggered campaigns can provide marketers an easy boost in engagement. They're designed to elicit an immediate response. Triggered emails are sent in response to specific consumer actions or data, and deployed within a set time frame. Examples range from welcome emails and shipping confirmations to emails in response to real-time local events like weather or sports games.

According to the Yes Lifecycle Marketing benchmark report, triggered emails drive significant engagement. In Q1 of 2017, they generated almost five times the click rate, almost double the open rate and almost triple the CTO rate. Additionally, the average order value for triggered retail emails in Q1 was 9 percent higher than nontriggered messages. Despite these metrics, triggered campaigns are drastically underused, accounting for less than 7 percent of all campaigns in Q1.

For retailers to capitalize on an increased eagerness among consumers to open marketing email, they must work harder to encourage engagement beyond the initial sign-up or open. This means incorporating tactics like strategic timing, triggers and more exciting content. Ultimately, consumers want marketing emails, but for retailers to drive real ROI, they must think outside the box.

Ivy Shtereva is the director of marketing for Yes Lifecycle Marketing, a provider of email and digital marketing services.

Reviewing the Impact of iOS 15 on Email Marketing

Amazon's New Tailored Audiences: Is it Worth it?

The E-Commerce Slowdown and How Brands Can Adapt