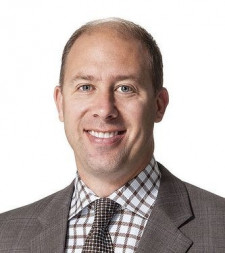 Casey Carl, the executive charged with spearheading innovation at Target Corp., is leaving the company as CEO Brian Cornell refocuses efforts on the core business and tries to find quick ways to revitalize stores amid falling sales. Carl has pushed Target to think about the direction of retail beyond the next few years, but the retailer has been dismantling several of his projects this year, including a store-of-the-future concept with robots that was to be built in Silicon Valley, and a secretive startup called Goldfish that was working on creating an online marketplace. In their place, Target has focused on remodeling stores and lowering prices. Cornell announced Carl's departure, scheduled for May 5, in an email to headquarters employees Thursday. He's one of the most senior among the several digital- or innovation-focused executives who have exited the Minneapolis-based retailer in the past year. Cornell said Target will search for a replacement who will help elevate its core business, vet new business ventures and create new avenues of growth.

Total Retail’s Take: The exit of Carl makes sense. While retailers want to be innovative and think long term about the future of retail, in today’s difficult economic climate they need to simply mind the store and focus on their core businesses first. Simply put: Companies can no longer invest in projects that don’t pay off within a few years.

How to Leverage Mobile Devices to Increase Sales

The Choice of a New Generation

Building a Store of the Future? Read On!
Comments
Subscribe
Find Resources