Lowe’s is stepping into the augmented reality (AR) game. With the help of Google, the home improvement retailer plans to release Lowe’s Vision, an app for Google’s 3-D smartphone platform Tango. The app will allow users to visualize how new furniture and appliances will look in their homes. Users will even be able to take measurements in their home using the AR app, enabling them to go directly to their closest Lowe's, pick up the materials needed and install without once picking up a tape measure. 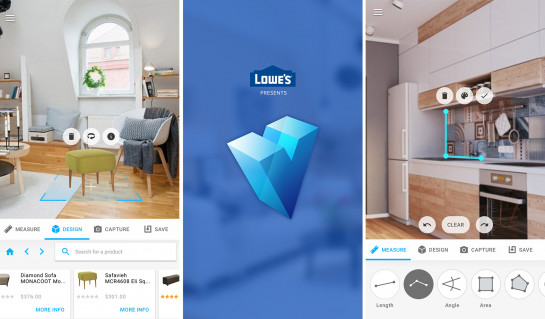 Total Retail’s Take: Another potential score for Lowe’s! Between the engagement it's seen for its DIY snippets on social platforms, excellent customer service and investments in technology, I think Lowe's is one of the best omnichannel retailers in the industry right now. Lowe’s isn’t the first to try AR in-store, but it is one of the first to partner with Google. Other retailers which have tried AR include Ikea and Target, but on a much smaller scales (e.g., catalogs, in app, etc.). I'm looking forward to see how AR will impact the retailing space. Check out the video below to learn more.

Gen Z and Millennials Rely on AR in E-Commerce

How 3D and AR Tech is Impacting E-Commerce at SVS

How Brands Can Evolve to Meet Customers in XR