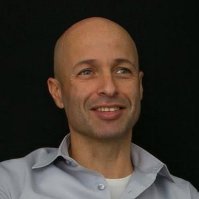 LVMH Moet Hennessy Louis Vuitton SA ended a longstanding dispute with Google, agreeing to work with the world's largest search engine to help prevent vendors from advertising counterfeit goods online. LVMH had accused Google of violating its trademark rights by selling protected words as keywords that then link users to websites selling counterfeit items when they search under the French company's brands. Google in 2010 allowed the practice, following a European Union court ruling, bringing the company's policy in Europe in line with company rules in about 190 countries.

Emerging markets, whether in Asia, Latin America, Africa or Eastern Europe, defy all attempts at taxonomy. What works in one market may not even be remotely relevant to another. The sheer diversity of profiles, characteristics and dynamics makes it virtually impossible to compile a shopping list of best practices that global retailers can leverage across markets. However, there are some fundamentally relevant factors that retailers must consider in order to succeed in emerging economies.

NEW YORK — Saks Inc. has named Fabiola Arredondo to its board of directors. Arredondo has nearly 25 years of exceptional strategic and operational experience in the internet and media sectors, as well as extensive board directorship experience. She is currently the managing partner of Siempre Holdings, a Greenwich, Connecticut based private investment firm she founded in 2001. She serves on the boards of Experian plc and Rodale Inc. and has been named to the Board of Tesco plc effective February 2013. She is also presently a board trustee of Sesame Workshop and the co-chair of the National Council

A report released by A.T. Kearney showed that Brazil is once again first among developing countries for global retail expansion. A.T. Kearney’s Global Consumer Institute’s 2012 Global Retail Development Index (GRDI) ranks the top 30 developing countries for global retail expansion. Brazil, which topped the list for the second year in a row, was followed by Chile, China, Uruguay and India. Botswana (No. 20) entered the GRDI ranking for the first time, signaling regional growth and the future of Africa as a significant consumer market.