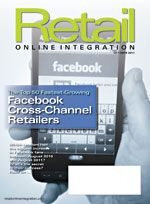 The Shop.org Annual Summit is consistently one of my favorite conferences of the year. Held in late summer, the event provides me with a burst of inspiration that I tap into throughout the rest of the year. This year's conference, held in Boston from Sept. 12 - 14, was no exception. Here are two insights I learned there that I'd like to share with you:

The competitive shopping marketplace is really changing with the advent of Google Product Search, which encourages consumers to make split-second decisions based on price. Are shoppers changing the way they make purchasing decisions based on search shopping feeds like Google Product Search? What are some practices around how to reach shoppers in this new environment?

The Supreme Court of California recently ruled that collecting ZIP codes from customers who paid by credit card may subject merchants to class-action lawsuits. Dozens of such actions have already been filed, including against retailers "yet to be named." Reported settlements paid by some companies have exceeded $25 million. The lesson is clear: All retailers should review their customer information collection practices in light of California law (and other states) to avoid becoming the target of class-action lawyers.

If you're like most retailers, you're probably already familiar with the hardships of selling online. You're most likely well aware of the competitive nature of search engine optimization, the rising price of pay per click (still a great medium when optimized well), affiliate marketing nexus laws and the growing competition that comparison shopping engines are providing. Given this environment, you're also starting to understand the need to explore new options for pushing your brands and products.

Popular cross-channel video game retailer GameStop's loyalty program, PowerUp Rewards, has hit the 12.5 million member mark in just under a year since its launch. Consumers can sign up for the PowerUp Rewards loyalty program on GameStop's website or at one of the brand's brick-and-mortar locations. Members earn loyalty points for purchasing used games and accessories from GameStop, which can then be redeemed for rewards such as GameStop and iTunes gift cards, exclusive invites to member-only events, and other perks such as sneak peeks at newly released games.

Keeping Your House in Order

We all know that a catalog company's most valuable asset (other than people, of course) is its housefile — a consolidated database containing each customer's name, address and summarized order information. After all, your previous buyers are what keep the lights burning.

Breaking into the crowded flash-sale site industry is a daunting task. Therefore, GemLust knew it needed to do something to generate some positive word-of-mouth. The private online jewelry retailer in the mold of Gilt Groupe (members have to be invited to join the community) launched a promotion in late August where members were given a $100 credit to the site when they invited a friend to join the GemLust community and that friend made  a purchase.

Sears and Skype Team Up  in the Dressing Room

The time has come: my college roommate is getting married. I’m extremely excited and happy for her and I have the honor of being a bridesmaid. The problem is I live in Philadelphia and she lives in Syracuse, N.Y. — a little over 250 miles away. That doesn't exactly lend itself to jumping in the car on a Saturday for a quick dress fitting. If only her selected bridesmaid dress was from Sears and we both lived in Canada ...

The Evolution of a Mobile App

The top brass at TextureMedia (formerly The NaturallyCurly Network), a social network and community for people with wavy, curly, kinky hair and the brands and professionals who service them, launched a multifunctional, free mobile application called Curls on the Go this past summer.

Which retailers had the biggest increase in Facebook  fans between August 2010 and August 2011? What’s  the secret to their success? Read on ...