Zappos.com, Wal-Mart at the Top of the Class in Paid Search for Back-to-School

As kids head back to school and promotions begin to wind down, AdGooroo has examined back-to-school (BTS) paid search advertising over the last month, analyzing U.S. Google desktop text ad and product listing ad clicks on 278 non-branded BTS-related keywords from July 29 through August 27. Included among the BTS keywords we analyzed were terms such as "back to school," "school uniforms," "school backpacks," "text books," "school supplies" and "best laptops for college." 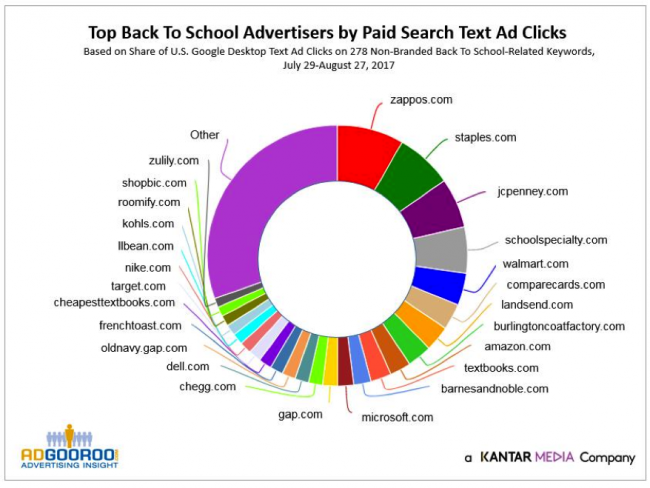 The top text ad advertisers on the BTS keywords we studied highlight the importance of this shopping season for a broad range of retailers.

Of course, because of the variety of products covered in the BTS keywords we studied, an advertiser’s percentage of clicks on the entire keyword group can at times be misleading. For instance, Microsoft and Dell generated a 2 percent and 1.7 percent click share, respectively, on the entire 278 BTS keywords we studied. However, when analyzing BTS keywords focused solely on computers and printers, Microsoft and Dell achieved a 33.3 percent and 31.6 percent click share, respectively. 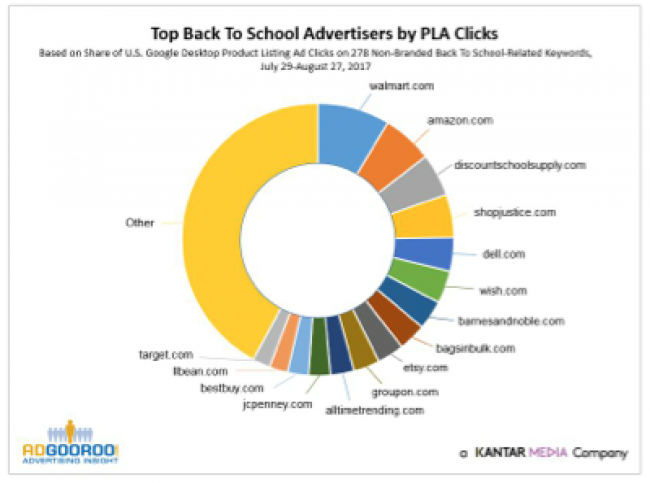 Wal-Mart led in product listing ad (PLA) clicks, generating an 8.6 percent click share on the BTS keyword group from July 29 through August 27. Wal-Mart has consistently ranked as the top PLA advertiser in a variety of categories AdGooroo has studied since the beginning of 2016. The appearance of close rival Amazon in the second position with a 6 percent click share may signal a threat to Wal-Mart’s PLA dominance. For years Amazon abstained from advertising on Google’s PLAs, but began testing the ads in categories such as toys and home goods in early 2017.

In addition to Wal-Mart, Amazon and Dell, Barnes & Noble (3.5 percent click share), J.C. Penney (2.6 percent), L.L.Bean (2.2 percent) and Target (2.1 percent) appeared among the top advertisers on the keyword group for both text ads and PLAs.

Jim Leichenko is the director of marketing at AdGooroo, a Kantar Media company, and a provider of search marketing intelligence.

Why Retailers Should Be Using PPC Advertising