Dave Brandon, CEO of Toys“R”Us, took a walk through one of the company's stores recently and decided there needed to be a change. “It kind of reminds me of a garage sale," Brandon said as he looked at bins of cheap toys at the front of the store. "We’re not the dollar shop. We’re a toy store.”

According to Bloomberg, the toy chain hasn't seen an increase in U.S. sales in six years. Brandon wants to make a change to get more people into Toys"R"Us’ stores.

“The biggest change you're going to see over the next year is that we want to bring our toy stores to life,” said Brandon. “I want kids to be dragging their parents to our stores because they want to see what’s going on at Toys“R”Us this weekend.”

The plan for a more experiential store will begin with the 2016 holiday shopping season (where Toys"R"Us generates 40 percent of its total sales). Some possibilities for Toys"R"Us include letting shoppers fly drones around the store, a Nerf target practice area, video screens with sound effects and colorful motion-sensor lights, and having more toys available to try out in play areas before purchase. Toys"R"Us will also start hosting birthday parties and events such as Pokemon trading. 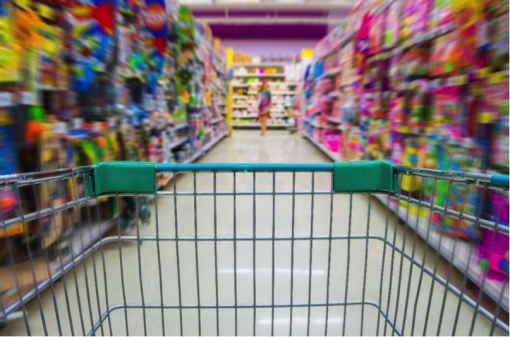 Market Track observed some of the tactics used by Toys“R”Us and other retailers to drive shoppers into stores and away from online during Black Friday 2015. Toys“R”Us aligned with the "Star Wars" Epic Battle online game by giving away free Endor Medals in-store. Gamers who printed out certificates from the online game could come into any Toys"R"Us location and receive their free medal while getting a chance to see the season’s most popular toys.

Kohl’s also leveraged the popularity of "Star Wars: The Force Awakens" to bring shoppers into its stores. The retailer gave away two free movie tickets to the first 100 customers in its stores on Black Friday 2015.

While the Stars Wars release was leveraged as a means to drive in-store traffic during last year’s holiday shopping season, retailers like Old Navy and Wal-Mart used more traditional tactics. Wal-Mart went with an old classic and brought Santa Claus to hundreds of its store locations. Parents and children alike could take a photo and share their holiday wishes with St. Nick, while also having the opportunity to get some shopping done in the process. Meanwhile, Old Navy held its “Overnight Millionaire” sweepstakes on Thanksgiving 2015. The promotion gave the first 50 shoppers at each store location a chance to win a million dollars while they sought out holiday’s deals. 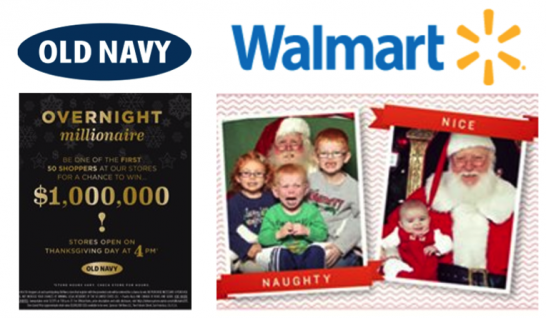 Of course, commerce continues to trend online, and Toys“R”Us is among many retailers looking for unique ways to drive traffic to store locations during the upcoming holiday season. Market Track referenced its Shopper Insight Series Survey, conducted in August 2016, to highlight where consumers prefer to buy toys and games: in-store or online?

When asked if shoppers preferred to shop in-store or online for toys and games, exactly half chose each, although 53 percent said they believe the best prices for this category can be found online. Toys“R”Us will be up against both the growing appeal and convenience of online shopping, and a perception that prices for toys and games are more competitive online as well. The overhaul of its store formats couldn't come at a more critical time.

The UK Merchants With the Top Gift Card Programs