Retail Execs on the Top Industry Trends of 2017

Retail trends are already starting to show, even just one quarter into the year. In the Winter 2017 issue of Total Retail, we asked our Editorial Advisory Board what they believed would be the top trend that would impact retailers most this year. Below are some of their answers (click here for a list of our Editorial Advisory Board, including their titles and companies):

Lauren Freedman: I’ll be watching mobile shopping behavior, its revenue-generating growth and its increasing proportion of overall digital sales. I’ll also continue to monitor its role in research prior to visiting stores and how it’s used in-store to better the shopping experience. In particular, I’ll be watching how inventory transparency is now at the fingertips of in-store shoppers thanks to mobile, and how having this information creates a more productive shopping experience for consumers.

Mark Friedman: A continued move towards the use of mobile to shop. Also, reduced traffic to retail stores and sliding conversion rates. Even at certain times of the year, online traffic is tough to come by, and perhaps more focus should be going to conversion as opposed to traffic — e.g., improving rebuy rates and units per order.

Jenn McClain-De Jong: With the recent softness in all retail, you’re going to see a lot of mergers and acquisitions along with new businesses thinking outside of typical retail (e.g., apparel companies bringing in coffee shops). Retailers must get smarter with data to really jump-start personalization. Big data is great, but are we taking action on it? The answer is no in most cases.

Aubrie Pagano: I’m totally biased, but personalization is a massive trend for 2017, and we’re at the forefront of it. From activations in-store to online iFrames, retail is trying to engage customers with customized experiences.

Peter Cobb: Continued migration of online shoppers to mobile, and the continued decline of brick-and-mortar stores. 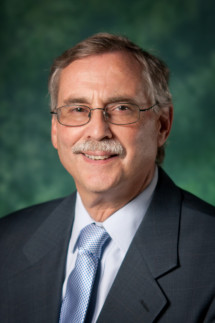 Richard Last: I’ll be watching very closely developments by omnichannel retailers, specifically in the area of buy online, pick up in-store (BOPIS). In 2016, BOPIS became real for quite a few retailers. However, it’s one thing to offer the solution on a small scale for early adopters; it’s another thing to develop scalable solutions that are seamless for both customer and store associate, and virtually error free. Identifying, preserving and putting aside merchandise in-store can be especially challenging for SKU-intensive categories, including apparel.

The item wanted might be available in the specific size/color combination, but where is it physically located? On the rack? In the dressing room? In a shopper’s cart? Will a solution for 5 percent to 10 percent of online orders scale to up to 50 percent of orders? (This may sound too high, but in my early catalog days in the 1980s, close to 60 percent of our orders were ship-to-store.) If retailers can pull off BOPIS, it will be an important weapon in the arsenal to combat the Amazon threat.

Brian Schultz: Continued iteration and adoption of alternate payment methods, and even more competition in the alternate payment vendor space. I’m fascinated to see to what extent technologies like Apple Pay will alter the mobile checkout process with pay-from-product-page functionality.

Jim Garlow: During an election year, it’s not uncommon to see companies hold off on making financial investments until they see how things settle. This is common no matter which party they expect to win. So as a primarily B-to-B company, we pay close attention to post-election sales trends to see how we think the coming year will be. However, it’s not uncommon to see post-election sales boost (again, no matter which party wins), as there’s some pent-up demand.

On the consumer side, I expect similar trends, as many consumers were getting sick of the pre-November bombardment of campaign ads, and now may be in a more optimistic mood to shop.

Lastly, having spent 15-plus years in retail, another key factor is the weather. We’re expecting a colder-than-normal winter in the upper states, and dryer in the southern states with the La Nina effects. The weather may have a big effect on sales of spring and summer clothing, air conditioners and recreational vehicles.

What the Holidays Reveal for 2023 Shopping Habits

What Azazie is Learning From its Bridal Mobile App

How Mobile Can Achieve Memorability for Retailers