Fast-fashion strikes again … Los Angeles-based women’s apparel and accessories brand Valfré is accusing Forever 21 and Rue 21 of stealing its designs. Valfré’s social media followers alerted the brand of the infringement. On Friday,Valfré served “cease and desist” demands on Forever 21 for allegedly copying the rainbow design of one of its phone cases. “If they're not reasonable in negotiating a settlement, Valfré will file a copyright infringement action in federal court,” the company’s lawyers said in a statement. Valfré also served a complaint to Rue 21 in April for allegedly copying the below phone cases and using the designs as ear buds. 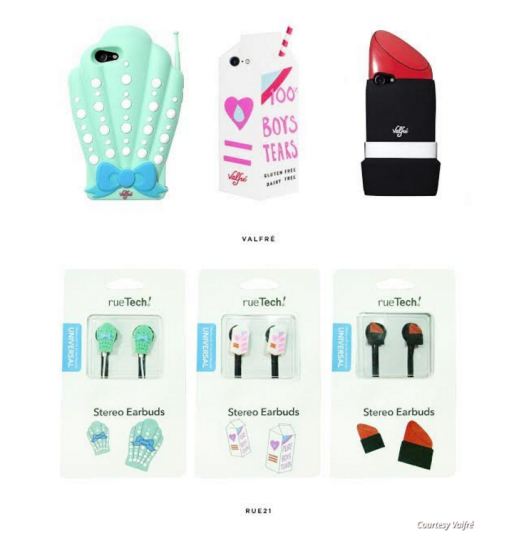 Total Retail’s Take: This is a continuing issue for independent designers. Fast-fashion companies like Zara and Forever 21 have been accused of copying the designs of small and independent designers to sell in mass to consumers. And although this is a moral and sometimes even legal issue, one study shows that consumers don’t really care if their clothes are inspired (or copied from) independent designers. One in two consumers admitted to buying look-a-likes, according to a survey by Intangible Business. Those who bought these items agreed with the statement that “copies let me buy designer-style goods at affordable prices.”