Earlier this week, tweets surfaced showing a Best Buy store in Houston selling cases of water for more than $40 each in the wake of Hurricane Harvey. 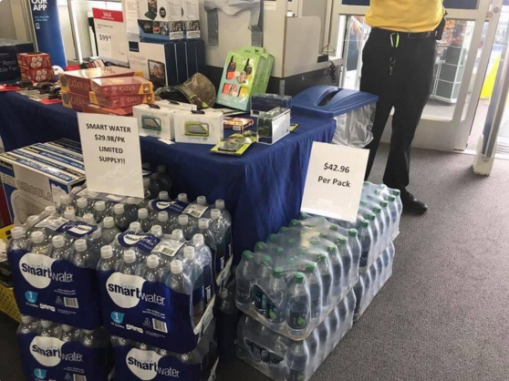 Best Buy officials responded to the growing controversy on social media by telling CNBC that it doesn’t actually sell water by the case, but rather sells individual water bottles at checkout counters. "This was a big mistake on the part of a few employees at one store on Friday," a Best Buy spokesman told CNBC via email. "As a company, we're focused on helping, not hurting affected people. We're sorry and it won't happen again. Not as an excuse but as an explanation, we don't typically sell cases of water. The mistake was made when employees priced a case of water using the single-bottle price for each bottle in the case."

Total Retail’s Take: The governor of Texas declared a state of emergency prior to Harvey reaching landfall over the weekend, therefore triggering price gouging laws. Consumers took to Twitter to bash Best Buy, saying it illegally raised prices on the water during the hurricane. While many retailers have sent money and supplies to aid Harvey victims, Best Buy left a bad impression with this “big mistake.”

Ways to Use Branding to Outsmart Your Competition