How Headless PWAs Are Changing E-Commerce

Things in the e-commerce industry are changing rapidly.

As it stands, Amazon.com and Walmart are busy duking it out for digital retail supremacy. At the same time, more merchants are getting in on the game than ever before, with e-commerce on pace to account for nearly a quarter of all retail sales by 2023.

At the same time, mobile sales are skyrocketing as consumers become more comfortable shopping on small-screen devices. However, sales remain split between the mobile web and applications.

With all these fantastic e-commerce developments currently unfolding, it seems like nothing can stop the industry’s growth. However, there's currently a technology looming on the horizon that has the potential to disrupt the whole of the online retail industry.

Progressive web apps (PWAs) are creating a lot of waves right now, with many hailing the tech as the future of e-commerce.

To understand why PWAs are causing such a stir, let’s go ahead and explore what this technology is and how it works.

What Are Progressive Web Apps?

Putting things as simply as possible, PWAs combine the discoverability of mobile websites with the ability to leverage application device-specific features like notifications, location services and the like. 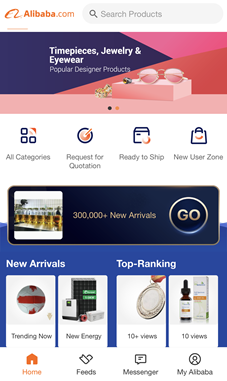 With PWAs, retailers can create what's essentially a mobile website which is accessible through Google’s search engine results pages (SERPs), but can also be added to — and entered from — the home screen of a consumer’s mobile device.

Moreover, adding to the universality of PWAs, even though this technology acts like a native application, retailers need not create different versions for different types of devices (Android and iOS) as PWAs function across all devices.

However, the benefits of this technology aren't limited to just discoverability and universality as PWAs often utilize a headless architecture, which provides a myriad of advantages of its own.

What is Headless Architecture?

Headless architecture is a method of web development that detaches the front end of a website from the back end. Traditionally, websites are created with the front-end experience affixed to the back-end systems, thereby making headless architecture quite the departure (no pun intended) from the norm.

The reason for this new trend in web development is that the conventional method typically results in slowdowns when the site attempts to fetch information such as payment gateways, images and the like. Given that slow load times can negatively impact traffic, sales and search engine optimization performance, this is a considerable hurdle for merchants.

However, through a headless site structure, sellers can obtain a much faster and more malleable website experience. Through this paradigm, back-end systems merely store content, thereby thwarting the constraints of the traditional website structure.

Moreover, when speaking from a development point of view, websites that use a headless structure can be quickly and easily altered without impeding user experiences.

With that said, let’s go ahead and dive into what the implementation of a PWA that uses a headless structure looks like for e-commerce merchants, as well as the benefits that can be obtained from their deployment.

PWAs are currently gaining a lot of traction in a variety of industries. For instance, numerous international companies have already created PWAs for their businesses. These brands include the likes of Twitter, Uber, The Washington Post, Starbucks and many others.

The reason for this is that headless PWAs offer a slew of potential benefits to brands.

Speaking particularly to e-commerce retailers, two of the most notable advantages are heightened speeds and increased conversions. 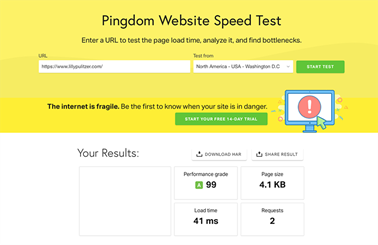 The fact is that PWAs are redefining the mobile experience, providing users with much faster, more engaging interactions, which often leads to more sales.

For instance, when examining increases in speed, one of the United Kingdom’s largest clothing brands, George.com, implemented a PWA for its business, resulting in 3.8 times faster average load time on pages.

The site’s speed increases are likely because PWAs utilize device-level caching, thereby minimizing the data necessary to respond to a request. Moreover, a headless design means that merchants can generate a data cache, enabling sellers to load content far more quickly than mobile websites or even native applications.

This is far from an isolated incident. In fact, there are a variety of e-commerce case studies that highlight a considerable uptick in conversions after a PWA was instituted. 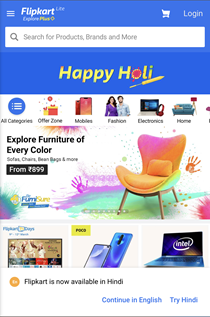 Plainly put, elevations in load times and conversion rates are a common occurrence for e-commerce stores that leverage PWA technology. However, these are not the only benefits that site owners receive from employing a headless PWA.

Other Benefits of Headless PWAs

The fact of the matter is that PWAs and headless architecture offer a whole host of advantages to site owners. While shorter load times and higher conversion rates are two that merchants are likely to be most interested in, headless PWAs also provide merchants with the following:

As touched upon earlier, despite the fact that PWAs function like native applications, they're still discoverable through Google and other search engines.

This is incredibly important given that a 2018 Google study found that:

The bottom line is that people don’t want to download a brand’s app, thereby making the discoverability of PWAs a massive advantage.

Moreover, because PWAs are searchable through conventional means, this also implies that retailers no longer need to wrestle for attention in overcrowded app stores where the rules are constantly in flux.

Because a headless structure detaches the front- and back-end systems of a website, retailers are capable of updating content, launching sales and altering checkout flows without disturbing a user’s shopping experience.

This is a massive advantage over site structures that typically require such changes to be made during a website’s lowest traffic periods, as such alterations would disrupt the user experience.

Here’s the fact of the matter: Applications can be extremely expensive to create. Depending on the complexity of the app, retailers can end up shelling out anywhere between $50,000 to $150,000 and up. Furthermore, sellers also have to create separate applications for different operating systems, thereby increasing the price tag significantly.

Alternatively, PWAs can often cost less to create, thereby making them not only more accessible to audiences, but to sellers as well.

The development time for PWAs is comparatively short when stacking them up against native applications. Additionally, PWAs are often easier to generate and require less continuous development requirements.

Because headless architecture is APO-based, this means that the structure is capable of integrating devices and platforms that haven’t even been created yet.

This is an essential feature as driving customer acquisition from different channels has become the norm for e-commerce merchants. As new portals and devices become available to users, and omnichannel shopping becomes increasingly prevalent, the ability to quickly integrate these new elements into a shop gives retailers a massive leg up over non-PWA competitors.

Will PWAs and headless structures screw things up for e-commerce brands?

The answer is yes, it will, but only for those that fail to implement these technological innovations. The reality is that PWAs are redefining the mobile experience, and those that decline to change with the times will ultimately become a forgotten relic of the past.

If you think that statement might be hyperbole, go ahead and revisit the section outlining the benefits that brands are receiving from headless PWAs.

Take this movement seriously, or the competition will.