Our coverage of Total Retail’s first annual Salary Benchmark Report continues this week as we take a look at how gender affects salary within the retail industry. The Salary Benchmark Report was produced based upon the responses to an online survey that was sent to Total Retail’s audience over a two-week period last summer. Survey questions asked respondents about their salaries, benefits (financial and non-financial), opinions on their career paths and compensation fairness, as well as demographic information. The survey resulted in 660 responses.

While women only make 80 cents on every dollar earned by men according to the latest Census Bureau report, the gender wage gap isn’t as big of an issue for the retailers who responded to our survey. According to the data exhibited in the chart below, male and female respondents from the majority of the salary ranges are within 5 percent of each other. The biggest wage gap between the two genders is for those respondents that make between $250,001 and $500,00, of which 60 percent were men.

Click on the chart to get an expanded view. 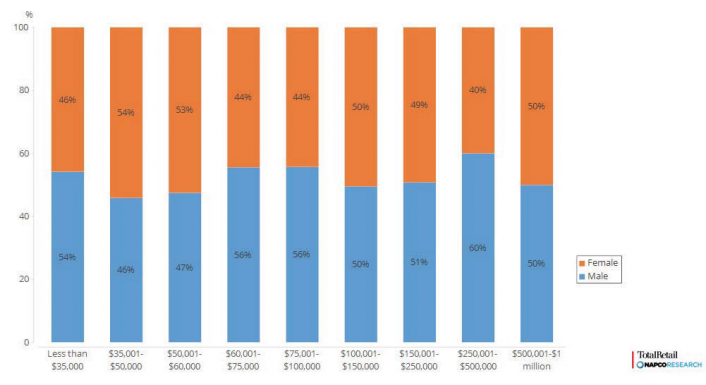