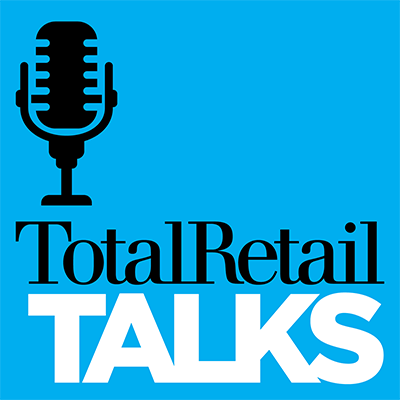 In episode 328 of Total Retail Talks, Editor-in-Chief Joe Keenan interviews Melissa Gonzalez, founder and CEO of The Lionesque Group, an experiential retail firm, as well as a principal and shareholder in global architecture firm MG2. Listen in as Gonzalez discusses the presentation she gave at CRMC 2021 focused on brick-and-mortar stores as a point of loyalty, why she believes the COVID-19 pandemic increased consumer expectations for in-store experiences, and the role she sees the physical store playing for retailers in the future.

Furthermore, Gonzalez shares some of the retailers she identifies as leaders when it comes to in-store experiential retail innovation, how retailers can personalize the in-store experience for customers, and how to collect more first-party data from consumers. She discusses what she sees as crucial to the loyalty industry going forward, as well as the opportunities in premium, paid loyalty programs.

This episode was recorded live at CRMC 2021 in Chicago.

Melissa Gonzalez is the founder of The Lionesque Group, as well as a principal and shareholder in global architecture firm MG2. She is also author of "The Pop-Up Paradigm: Building Human Connections in a Digital Age." Some of her clients to date include Amazon.com, Burrow, Brandless, Carbon38, Dormify, Marc Jacobs, M.Gemi, Nordstrom, and The RealReal. Melissa is a regular go-to expert in retail and experiential design, and is often featured in Forbes, Fortune, The Wall Street Journal, Business Insider, Glossy, Digiday, Women's Wear Daily, and on Cheddar and CBS News. She's the host of the Retail Refined podcast and a regular contributor to AW360. The work behind Melissa and her team has received notable award recognition from CLIO, Glossy, and New York Design Awards. She has also been recognized as one of LinkedIn’s top 10 must-know writers and creators; Design: Retail’s Top 10 Retail Design Influencers of the Year; Design: Retail's 40 under 40; and Innovator of the Year by Retail Touchpoints.

END_OF_DOCUMENT_TOKEN_TO_BE_REPLACED
Up Next
Other Channels