Note: To view all the examples that I share in this article, check out the slideshow at the bottom of the page. Thanks!

If there's any brand that arrives at the social media table with visuals and content at the ready, it's a card company like American Greetings. The brand's products already do the work of getting consumer attention with visuals and evoking emotion — amusement, love, sympathy — with concise copy.

It's no surprise, therefore, that American Greetings’ Facebook posts primarily come from its cards. The brand has 377,000 likers and it typically posts once per day. In addition, it has its own blog and profiles on Pinterest, Twitter and Google+. Though visitors are using "#americangreetings" on Instragram, the brand has no official profile there.

Some of American Greetings most successful Facebook posts are those that are inherently shareable due to the pairing of sentiment and imagery, the core strengths of the brand. One of its most shared Facebook updates recently (June 20: "Don't you wish we all could stay forever young?") was posted with an image of a child blowing bubbles and an in-image quote from Gaston Bachelard: "Childhood lasts all through life."

Since there are American Greetings cards and e-greetings for numerous occasions throughout the year, relevant content is consistently available. For example, its July 4 Facebook status update is accompanied by an image from its e-card gallery: a closely cropped photo of a boy with rolled-up jeans on a tricycle with an American flag attached and the words "God Bless America."

Like American Greetings, Ikea has no shortage of visuals for its social platforms. The brand is active on Facebook (2.3 million likers), Twitter, YouTube and Pinterest, as well as a blog. On Facebook, Ikea typically posts twice per day. The content of those posts are a mix of design inspiration (e.g., a playroom on July 6), discounts, special offers, product and service highlights, sweepstakes/contests, and how-tos (via the recurring "How-To Tuesdays").

Other sources of Facebook content for Ikea are news items and seasonal messages. On June 26, it posted about its recognition as a Best Global Green Brand, noting that it moved up six places in the rankings. On July 10, with a photo of bulldozers and workers in hardhats, Ikea reported "progress on [its] Kansas City-area store." And throughout July, the brand posted frequently about both summer cooking and "back-to-college."

One of Ikea's most popular posts came on June 26 about a product: solar/wind-powered outdoor lights. The post was a success, both in likes and shares, not only due to the appealing visual, but also due to the unique nature of the lights, which Ikea describes in its status as "simple, sustainable and stylish." Another popular post linked to a YouTube video showing the care and craftsmanship that goes into building a sofa: "Go behind the scenes. Watch a Stockholm sofa from the new 2013 collection come to life!". Both posts very clearly illustrate traits — uniqueness and quality — associated with the brand.

Another retailer that does a great job of branding its Facebook posts is Ray-Ban. Ray-Ban has 6.9 million fans on Facebook, where it posts roughly three times per day. It also has presences on Twitter, Pinterest, Instagram, Google+ and YouTube (a music channel and a channel for Ray-Ban films). Ray-Ban's focus in its social streams (and its website) is clear: its products featured along with music and video/film. Creative outlets that, not coincidently, are very social.

Most of its product posts are pretty simple: a photo plus a brief description and link to the Ray-Ban website. On June 25, it introduced "six new summer flavors," sunglasses inspired by ice pops. In the following days, it highlighted each "flavor." On July 1, for example, it posted this update: "Strawberry #IcePops with gradient lenses and clear acetate // A new taste of Summer // @ www.ray-ban.com," along with a photo of the frames. For a few of its product posts, however, Ray-Ban had a little more fun. On International Joke Day, it posted a photo of someone about to step on a banana peel captured through a pair of Ray-Ban sunglasses.

The strongest promotion in this spotlight comes from Ray-Ban, in large part due to its branding. Ray-Ban is hosting "Envision the Possibilities," encouraging consumers around the world to contribute their visions to the #EnvisionSeries gallery. Ray-Ban has two Facebook apps working for the promotion. The first app is for "Never Hide Films," which right now is featuring "insanely talented people who are changing the way we view creativity in social media." The second, called "Social Visionaries," scans public Facebook data to create personalized videos: "The Social Brilliance of [Facebook Username]."

Containing the word "vision," the promotion name is ideal for a sunglasses brand. And by making it "envision" expands brand awareness from eyewear to lifestyle.

Takeaways from this month's Retail Social Spotlight include the following:

Carolee Sherwood is the social content manager for Media Logic, a marketing agency that specializes in social media. Carolee can be reached at csherwood@mlinc.com. 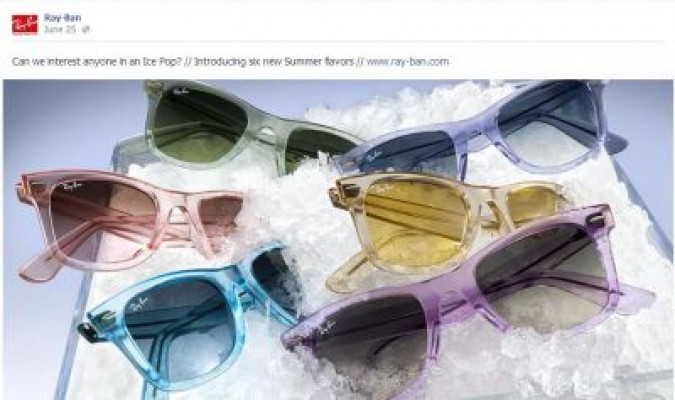 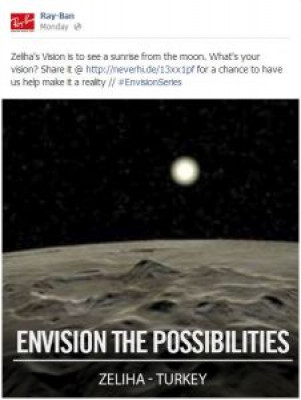 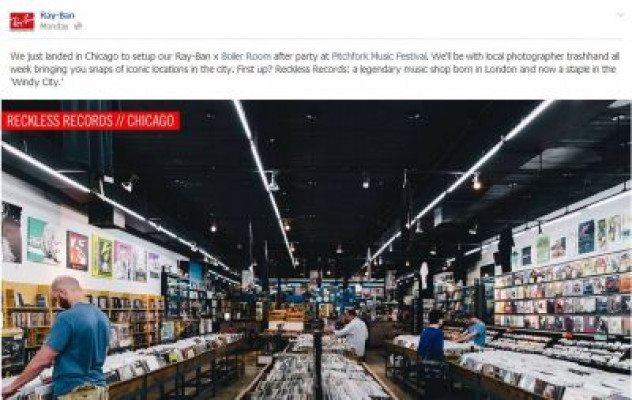 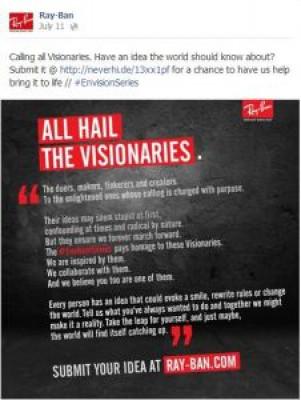 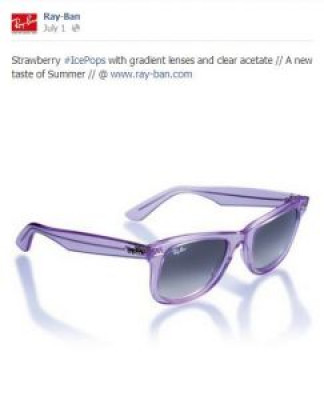 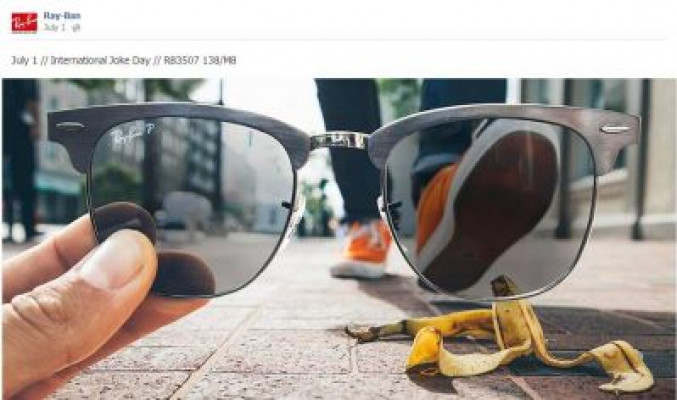 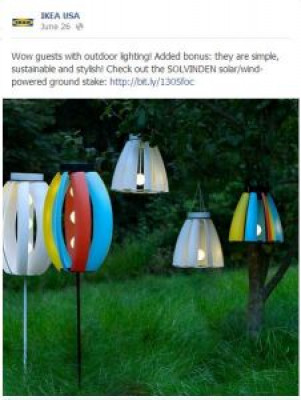 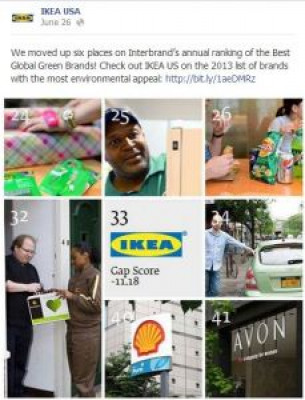 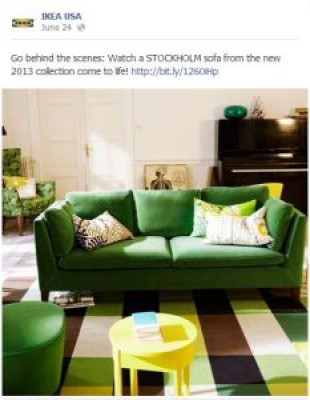 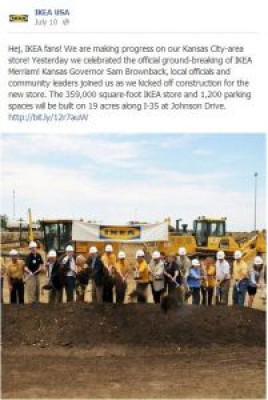 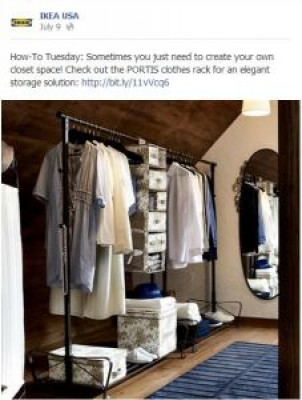 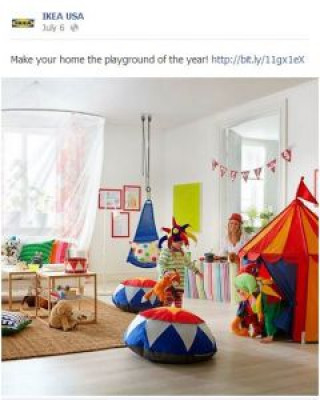 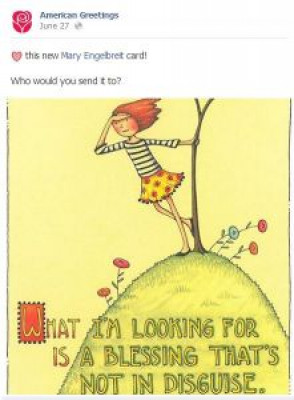 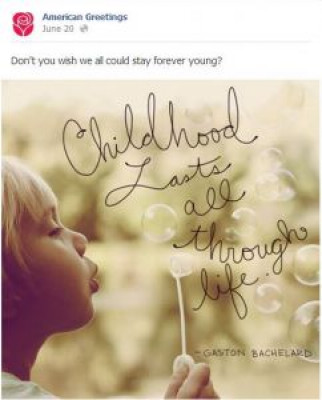 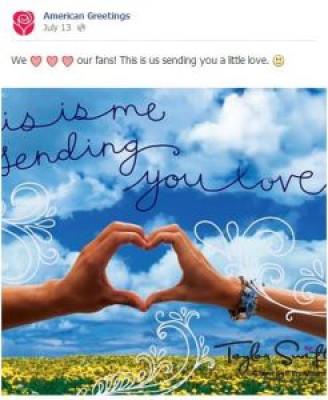 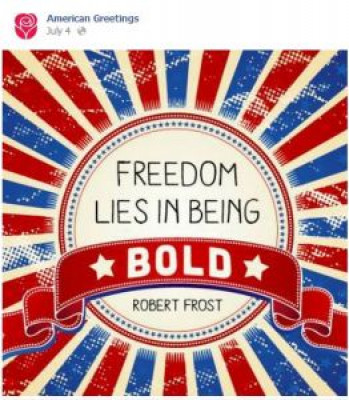 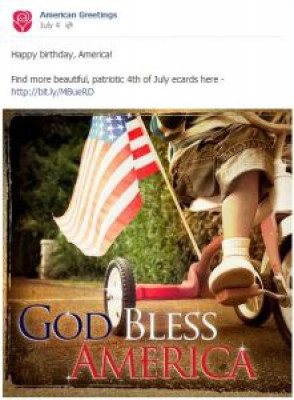 How to Market With a Recession Looming