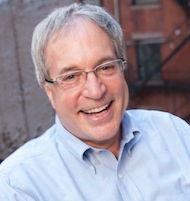 Brian Cornell, Target's new CEO, just stepped into a hot retail mess. CFO John Mulligan alluded to the challenges when he dropped by Bloomberg News a few weeks ago and acknowledged something industry watchers have long known: "Tarjay," inventor of cheap chic, is scared to take chances. "We got a little bit risk-averse," said Mulligan, who was interim CEO until yesterday, when Target said it had hired Cornell, a PepsiCo Inc. executive, as its first outside chief. Of all the challenges facing Cornell, firing up the culture may be the most important.

May 5, 2014Target CEO Resigns in Wake of Massive Data Breach

Target said Monday that Chief Executive and Chairman Gregg Steinhafel is leaving in the wake of the devastating data breach late last year that hurt profits, shook customer confidence in the No. 3 U.S. retailer and prompted congressional hearings. "After extensive discussions, the board and Gregg Steinhafel have decided that now is the right time for new leadership at Target," Target's board said in a statement released on Monday. Target named Chief Financial Officer John Mulligan as interim president and CEO, and Roxanne Austin, a current member of Target's board of directors, as interim non-executive chair of the board.