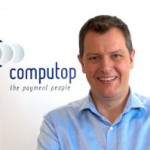 Ralf Gladis is the co-founder and CEO of Computop, Inc., a global payment service provider.

Data is the oil that’s lubricating the sales machines at huge online retailers like Amazon.com and is exploring user behavior for tech giants like Google and Facebook. According to Amazon Web Services (AWS), its payments data engineering team alone is responsible for data ingestion, transformation and storage of a growing dataset of more than 750…

It’s no secret that Black Friday has signaled the beginning of the holiday shopping season for many years now. In 2014 and 2015, Black Friday and Cyber Monday proved to be seminal events for U.S. retailers. Sales records were smashed — and websites crashed — as frenzied shoppers snapped up deals and promotions. Will the…

Before we get to pay with our cards, we typically have to queue at a cash register first and finally insert a credit or debit card into a point-of-sale terminal. That will start to change in 2015. Consumers will be able to cut the line because more and more sales associates will be equipped with mobile POS (mPOS) terminals — small, high-tech devices connected to smartphones or tablets — in order to process our payments on the sales floor.

Brazilian e-commerce is growing at a rapid pace. In 2011, online sales reached a volume of $11 billion, which was up 26 percent from the previous year, and in 2012, Brazilian online merchants generated $17 billion in revenue. According to some projections, the Brazilian e-commerce market will be worth $29 billion by the end of 2017, and Brazil should continue to lead growth in Latin America. Given the promise it holds, how can retailers break into this market and be successful selling online?

September 28, 2012 Could the EU Ruling on Interchange Fees Be Good News for Retailers Doing Business Across the Pond?

A recent EU General Court ruling has deemed the fees a merchant is forced to pay to its acquiring bank in a transaction unacceptably high due to the interchange fees and the fact that MasterCard has unfairly inflated the service fees paid by retailers for processing payments. As a result, both MasterCard and Visa are being investigated for possible antitrust violations. Already five of the largest U.K. retailers, including Next Retail and Wal-Mart's Asda, have filed lawsuits in London against MasterCard.