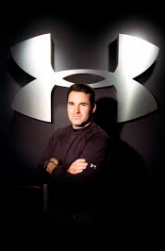 Add Under Armour to the growing list of brands receiving backlash for public support of President Donald Trump. The company’s CEO Kevin Plank said that Trump's presidency was a “real asset” for Americans in an interview with CNBC’s “Fast Money Halftime Report” on Tuesday.

“He wants to build things," Plank said. "He wants to make bold decisions and be really decisive. I’m a big fan of people that operate in the world of ‘publish and iterate’ vs. ‘think, think, think, think, think’, so there’s a lot that I respect there.” These comments have triggered social media backlash, with some calling for “mass burnings” of Under Armour products.

Total Retail’s Take: Plank was invited to join business leaders from Tesla, Dell and GE on the American Manufacturing Council. The dialogue of this council will be around creating jobs in the U.S. and investing in American manufacturing. In this current polarized climate, many brands have fallen into political traps — with social media making things worse. L.L.Bean, Nordstrom, Uber and more have faced criticism for either executive support of President Trump or making business decisions affecting the Trump name.

The Year of Agility: No New Normal