As a part of our continuing coverage of Total Retail’s Salary Benchmark Report, this week we take a look at how job titles affect retail workers’ salaries. As a reminder, the Salary Benchmark Report was produced after an online survey was sent to Total Retail’s audience over a two-week period in late June. The survey resulted in 660 responses, which the analysis contained in the report is based upon. 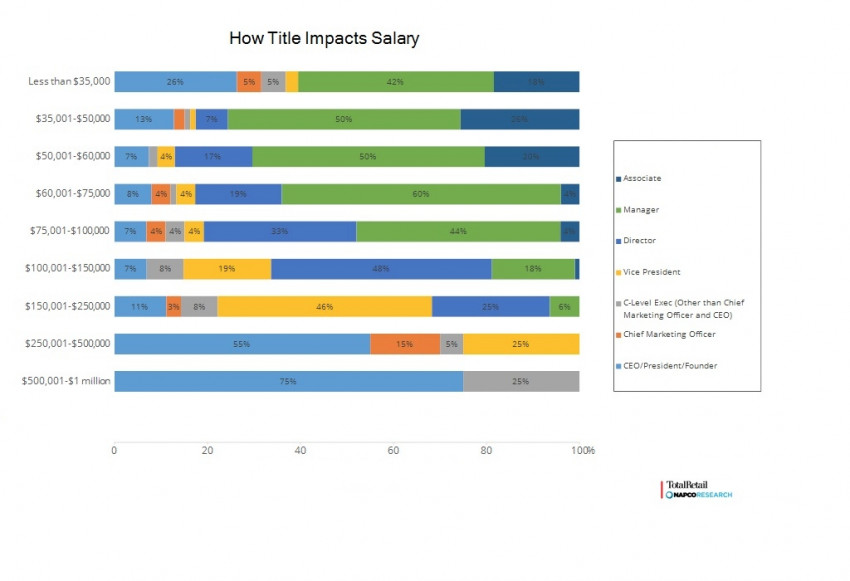 This chart above reveals what one would expect — that a better title leads to a better salary. The data we gathered generally follows that rule. As you can see from the chart, of the respondents who have an annual salary of 500,001 to $1 million, 75 percent are either the company’s CEO, president or founder. Furthermore, general management titles usually equate to a higher salary.

However, the data gets interesting when it comes to directors and managers. Thirty-three present of respondents who make between $75,001 to $100,000 are directors, while 44 percent in this salary bracket are managers — a title usually considered lower than a director.