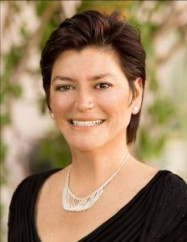 Lisa Gavales, chairman, CEO and president of Things Remembered, has resigned. Gavales had been with the personalized gifts retailer since November 2014. There was no reason given for her departure, however, lead director Michael Appel said in a press release that Things Remembered was "very appreciative of the progress the company has made" under Gavales’ leadership. With Gavales out, Nelson Tejada, Things Remembered's senior vice president and chief merchandising officer, has been promoted to president. Also, Dave J. Helkey, the company's chief financial officer, has been given the additional role of chief operating officer.

Total Retail’s Take: Last August, Things Remembered announced it had completed a “consensual restructuring transaction” that was designed to put the retailer in a stronger position to achieve its 2016 targets, with a solid outlook and plan for 2017. Gavales played a key part in that restructuring. However, based on her departure, it appears as if the results of the restructuring failed to meet expectations.