Karen Peters, Executive Vice President, Retail and Wholesale Sales, Vera Bradley
Karen Peters oversees Vera Bradley's full-line and factory outlet stores, its indirect channel (including specialty and department store relationships), store visual, and store real estate. Karen has 25 years of retail experience, including multistore management and merchandising. She previously served as senior vice president, director of stores for Saks Fifth Avenue OFF 5TH, where she significantly grew the store base and meaningfully improved the customer experience. Karen has also held key positions with Sears, Target and Kohl's.
TIP: Look at the shopping experience through your customers’ eyes. Ensure that the brand is consistently represented, no matter how she chooses to shop. 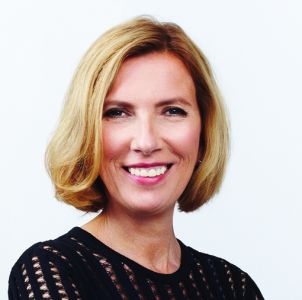 Liz Rodbell, President, Hudson's Bay and Lord & Taylor
As the president of Hudson's Bay Company and Lord & Taylor, Liz Rodbell oversees merchandising, marketing, creative, stores, e-commerce direction and overall strategy for both brands. She divides her time between the company's dual headquarters in New York City and Toronto, and also serves on Hudson's Bay executive committee.
Liz is a seasoned retail executive with over 30 years of experience in the industry. She's held several senior leadership positions at Hudson's Bay and Lord & Taylor, having risen through the ranks of the merchant organization. Prior to her current role, Liz had been executive vice president, chief merchant for Hudson's Bay and Lord & Taylor, where she was responsible for overseeing the merchant organization at both banners since 2012, and successfully integrated the senior leadership of the newly combined company.
Liz joined Lord & Taylor in 1985 as a buyer for dresses. Within two years she was promoted to divisional merchandise manager for the dress category. She was then promoted in 1992 to senior vice president, general merchandise manager of suits, coats, intimate apparel and children's. In this position, Liz had responsibilities in every business category Lord & Taylor carried over the years until being promoted to executive vice president of merchandising, overseeing the women's merchandise categories.
Liz also serves on the board of Fashion Group International and the Two Ten Footwear Foundation. In May 2014, Win, a nonprofit organization dedicated to breaking the cycle of homelessness for families, honored Liz at its annual dinner gala for her commitment to providing homeless women and their families the opportunity to transform their lives. Liz began her retail career at A&S in the executive training program and became a buyer before joining Lord & Taylor. She and her husband, Mitchell, have two teenage daughters.
TIP: The No. 1 priority for our team is a seamless experience for the customer. Whether in-store, online or on a mobile device, the entire experience must be seamless. For us that means staying committed to offering our customers the very best assortment of fashion at a great value however, wherever and whenever they want to shop. Having a customer-centric mind-set is key.

Anne Saunders, President of the Consumer Division, FTD Companies
Anne Saunders is the president of the consumer division for FTD Companies, Inc. FTD is a premier floral and gifting company with e-commerce brands such as FTD, ProFlowers, Personal Creations and Shari's Berries. Previously, Anne held executive leadership roles at companies including Redbox, Knowledge Universe, Bank of America Corporation and Starbucks Coffee Co. She's served on the board of directors of Nautilus, Inc. since April 2012. Anne received a Bachelor's degree from Northwestern University and a Masters of Business Administration from Fordham University.
TIP: I like to focus on the customer experience rather than on omnichannel. One is externally focused and the other is internally focused. You'll always win when you focus on the customer! 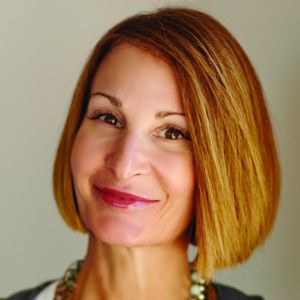 Lori Twomey, Chief Merchant, zulily
Lori Twomey serves as the chief merchant of online retailer zulily, overseeing a merchandising team of over 500. Lori joined zulily shortly after it was founded in 2009 as its first and only merchandiser at the time, and has since been instrumental in growing the company to one of the largest online retailers.
Prior to zulily, Lori was the president of Charming Direct/Crosstown Traders, where she launched the Lane Bryant catalog in 2007, and led the strategic direction of the Lane Bryant, Catherines and Fashion Bug websites. Prior to joining Crosstown Traders, Lori spent 16 years with Eddie Bauer in merchandising, product development and new business development, including working as the general merchandising manager of Eddie Bauer Direct. Lori's education is in fashion merchandising and business. She loves to spend time outdoors, especially running marathons and half marathons.
TIP: With all retail, it's about putting the customer first. Make every single day new and exciting to customers to keep them coming back. Deliver the unexpected and continually innovate.

Jennifer S. Warren, Chief Marketing Officer, At Home
Jennifer S. Warren recently joined At Home's executive team as chief marketing officer to continue building a top brand experience for the home décor superstore. Formerly, Jennifer worked for RadioShack as chief marketing officer, and was responsible for its "Goodbye 80s" Super Bowl campaign that was proclaimed the winner of the night by many. Prior to joining RadioShack, Jennifer's time was spent on the agency side with Razorfish and GSD&M. In December of last year, Jennifer was elected to the American Advertising Federation's Hall of Achievement. She's also been recognized as an AdAge Woman to Watch, and a CMO Club "Top CMO" award winner.
TIP: Disjointed experiences typically result out of organizational silos or lack of customer focus. To provide a seamless experience, map out the customer journey and plan all efforts and investments around making that journey better. 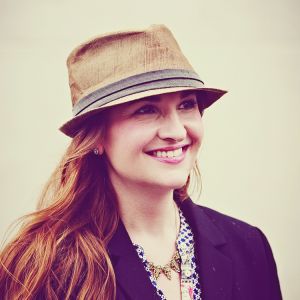 Chantel Waterbury, Founder and CEO, Chloe + Isabel
Chantel Waterbury is the founder and chief executive officer at Chloe + Isabel, a fashion jewelry lifestyle brand. After a 15-year career in jewelry design, development and merchandising at industry heavyweights like Target Corp., Macy's, Gap Inc., LVMH and IPPOLITA, Chantel launched Chloe + Isabel in 2011. Her vision was to create an opportunity to empower and inspire the next generation of entrepreneurs through an innovative business model where they were at the center. Today, she continues to follow her vision to help women reach their goals, whether they're financial or skill-based, through her passion for jewelry.
TIP: Understand your brand identity and be consistent at every touchpoint. Your audience needs to sift through a lot of noise, so leverage each channel's strengths to find ways to stand out in an authentic, personal and valuable way.

Mobile Bridges the Gap Between In-Store and Online

How Retailers Can Prepare for 2023