Emily Culp, Senior Vice President, E-Commerce and Omnichannel Marketing, Rebecca Minkoff
Emily Culp leads the e-commerce and omnichannel marketing teams for fashion brand Rebecca Minkoff, focusing on consumer marketing and driving revenue-leading programs like the eBay/Rebecca Minkoff store of the future, redesign of rebeccaminkoff.com, omnichannel branding both for Rebecca Minkoff's brick-and-mortar stores and e-commerce site, and continually pushing for new and innovative ways to connect with customers. Emily is an innovative omnichannel marketer who combines over a decade of experience from PR agencies Ogilvy, Digitas and Arnold with client-side experience at Estee Lauder Co. and Unilever. She has a successful track record of leading global brand teams that deliver measurable results.
At Unilever, Emily led the formation of the company's partnership with Amazon.com to open e-commerce brand stores. She also oversaw all 30-plus Unilever brands in the social media space.
At Estee Lauder, and in particular its Clinique brand, Emily established the brand's global integrated marketing strategy and department, which launched omnichannel brand campaigns and apps across social media, mobile, search, CRM, an online consumer panel and the first in-store/online skin diagnostic tool in the company's history.
Emily holds a M.B.A. from Columbia University and a B.A. from Wake Forest University. She currently lives in New York City with her husband and two children.
TIP: There are three elements to omnichannel success. First is creating a vision that articulates innovative ways to connect the online and offline worlds via technology in a seamless and beneficial way for consumers. Second involves organizational readiness, which includes identifying omnichannel key performance indicators/incentives and obtaining C-suite support. Finally, you need a budget to invest in not only the technology, but also the internal talent to implement it. 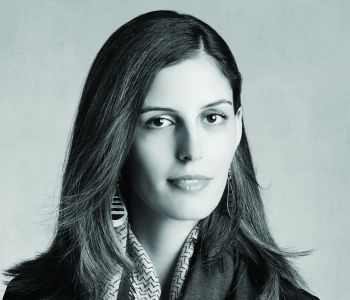 Soraya Darabi, Co-Founder, Zady
Soraya Darabi is the co-founder of Zady, a shopping platform and lifestyle destination for the next generation of consumers who care about the origins of the items they purchase. Zady launched to rave reviews in August 2013, and was featured in The Wall Street Journal's "Off Duty" section with an article entitled, Feel-Good Fashion: The New Black.
What Whole Foods has done for the organic food movement, Zady does for sourced products. Zady is amongst the first online retailers to seamlessly integrate commerce, rich media content and social media to provide customers with a dynamic shopping experience. On Zady.com, customers can learn about the conscious consumer movement and purchase beautiful goods that were created with craftsmanship and artisanship — qualities that have been sacrificed in a world of cheap prices and fast production. Last year, Zady was named to Fast Company's Top 10 Most Innovative Companies in Retail list, as well as one of BuzzFeed's 22 Instagram accounts fashionistas should follow.
Having begun her career as manager of digital partnerships and social media at The New York Times, Soraya quickly became recognized as a thought leader with her finger on the pulse of today's ever-changing digital landscape. While at The New York Times, Soraya positioned the global news leader on networks such as Facebook, YouTube and Twitter; partnered with startups large and small; and established award-winning campaigns. She was also tasked with teaching journalists and chief executives alike how to best use and leverage social media. Renowned Times columnist Nicholas Kristof credits Soraya as being "the only reason why he has [millions] of followers on Twitter."
Following her tenure at The New York Times, Soraya served as product lead for drop.io, a real-time online sharing, collaboration and presentation service (since acquired by Facebook). She then went on to co-found the mobile application Foodspotting, named by Apple and Wired magazine as an "app of the year" before being acquired by OpenTable.
Soraya was recently featured on the cover of Fast Company's "Most Creative People in Business" issue, Brandweek's "Hot Digital" issue, was named one of Inc. Magazine's "30 Under 30," and was included in AdAge's "25 People in Media to Follow on Twitter."
Soraya received her Bachelor of Arts degree in Art History from Georgetown University.
TIP: "Experiment with new online mediums as they arise. Meet your community at the earliest point where they are naturally migrating and want to engage."

Robin Domeniconi, Chief Marketing Officer, Rue La La
Robin Domeniconi is the chief marketing officer at Rue La La, a leading e-commerce destination. In her role as CMO, Robin is responsible for driving the growth of Rue La La's business platforms, including men's and women's fashion, and living and travel. Robin oversees Rue La La's customer file and drives the strategy for member engagement, integrating editorial and experiential content throughout the Rue La La shopping experience.
Robin most recently served as chief marketing officer at vente-privee with American Express, where she oversaw the vision, mission and strategy for the U.S. launch of the $1.5 billion global fashion and e-commerce brand. Before joining vente-privee, Robin was senior vice president and chief brand officer for ELLE Group at Hearst, managing content, advertising, marketing, digital platforms and brand development across the group's titles.
Between 2008 and 2010, Robin was Microsoft's vice president of U.S. advertising sales, marketing and publishing, working on the organization's media properties and network partners including MSN, Windows Live, Xbox, Bing, Facebook, MSNBC and WSJ Digital.
Prior to that, Robin spent eight years at Time Inc., rising to the position of president of Time Inc. Media Group between 2005 and 2007, with responsibility for all corporate sales and marketing efforts for the corporation's 130-plus global brands. She also served as the president and publisher of REAL SIMPLE magazine.
TIP: It's important that we always find balance between creativity and analytics. When we allow data to drive creativity, we encourage innovation that delivers tangible results. 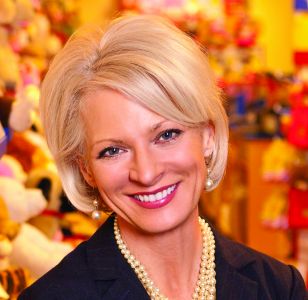 Sharon Price John, CEO, Build-A-Bear Workshop
Sharon Price John has more than 20 years of business experience with an expertise in brand strategy and change management. She's been CEO of Build-A-Bear Workshop, Inc. since June 2013. From 2010 to 2013, Sharon was president of Stride Rite Children's Group, a division of Wolverine Worldwide. From 2002 through 2009, she held positions of increasing responsibility at Hasbro, Inc., including general manager and senior vice president of the global preschool business unit and U.S. toy division, working on brands such as NERF, My Little Pony and Transformers. Prior to that, Sharon worked at Mattel, Inc. as vice president of the Disney division and director of Barbie. She holds a B.S. from the University of Tennessee, Knoxville and a M.B.A. from Columbia University. Sharon also serves on the board of directors for Jack in the Box, Inc. and KaBOOM! She's also a member of The Committee of 200.
TIP: Be consumer centric, brand building and data driven in your decision making. Your online experience doesn't need to attempt to replicate the store experience. Guests are often shopping different channels for different reasons. Leverage the differences.

Karen Katz, President and CEO, Neiman Marcus Group
Karen Katz is the president and chief executive officer of Neiman Marcus Group (NMG), the premier retailer of luxury and fashion merchandise in the United States. In her postion as president and CEO, Karen oversees the strategic direction, operations and expansion of the omnichannel retailer, which conducts integrated store and online operations under the Neiman Marcus, Bergdorf Goodman, Last Call, Horchow, CUSP and mytheresa brand names. Karen joined NMG in 1985 as a merchandise manager. She assumed her present position at the company in 2010. Karen was educated at the University of Texas and also received a master of business administration from the University of Houston.
TIP: Always keep the customer at the center of what you do.
« Previous 1 2 3 4 AllNext »
0 Comments
END_OF_DOCUMENT_TOKEN_TO_BE_REPLACED
Retail Online Integration Staff Author's page
Related Content

Mobile Bridges the Gap Between In-Store and Online

How Retailers Can Prepare for 2023