The specialty retail chain which sells storage and organization products delivered a slight bump to net sales in its 2016 fiscal year. The Container Store’s sales increased 1.63 percent in 2016 to $794.6 million from $781.9 million in 2015. (The Container Store ranked No. 91 on Total Retail's seventh annual ranking of the 100 fastest-growing retailers based on year-over-year net sales.)

The Container Store had extensive management changes in 2016, with the company’s founder and CEO Kip Tindell stepping down from the chief executive role. (Tindell continues as chairman of the company.) Tindell’s resignation put into motion a series of organizational changes: Melissa Reiff, Container Store’s former president and COO, became its CEO; Sharon Tindell added the title of president to her chief merchandising officer duties; Jodi Taylor, CFO, added the role of chief administrative officer; Melissa Collins was named chief marketing officer; and Eva Gordon, Audrey Robertson and John Thrailkill were all named executive vice presidents in a variety of capacities. 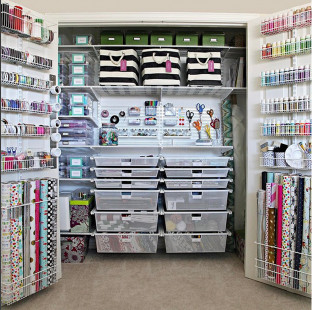 “Our board and I feel that this new structure and enhanced responsibilities will provide continuity coupled with renewed vigor and vision for innovation and excellence in bringing the company to its full and amazing potential within this ever-changing world of retail, all while nurturing and developing a business where everyone associated with it can thrive,” said Kip Tindell in a company press release announcing the organized succession plan.

It makes sense that people would want to work for The Container Store. In 2016, Fortune ranked it No. 14 on its annual list of 100 Best Companies to Work For. That marked the 17th consecutive year that The Container Store has been included on the list, and was 13 spots higher than its ranking in 2015.

The Merchants With the Best Gift Card Programs

Retail’s Winners of 2022: What They Got Right