The Compelling Case for Affiliate Marketing

There are numerous reasons as to why affiliate monetization is an attractive marketing tool for many brands: it’s low risk, the cost is far lower than other marketing channels, and it’s driven by performance. The results of affiliate programs also prove positive, with 73 percent of merchants reporting in a recent survey from VigLink that revenue generated from affiliate marketing programs met their expectations. In taking a closer look at publisher and online retailer sentiment toward affiliate marketing, there are benefits, challenges and even a bright future for leveraging the power of content to engage with consumers. 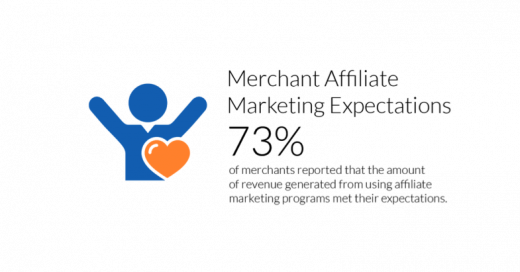 When considering the sales that convert in your online store from traffic driven via a publisher, it’s important to understand how high the intent of those clicks are. Consumers have been turning to online content for years in order to help influence their purchases and discover new brands to engage with. However, with mobile devices now handy at every step of the consumer journey, this trusted relationship consumers have with online content is stronger than ever before. Shoppers are constantly turning to their phones to learn more about a product before deciding to make a purchase. Often, the content that influences a purchase decision is from an online publisher that the reader trusts. Eighty-four percent of online retailers in that same VigLink survey stated that affiliate marketing programs that leveraged those trusted content sources were a key factor in driving sales to their site. 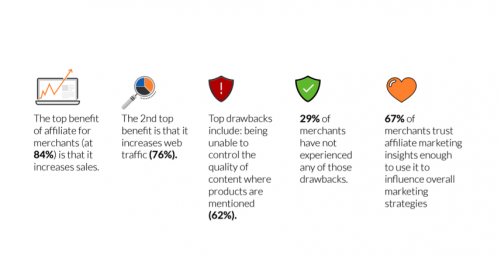 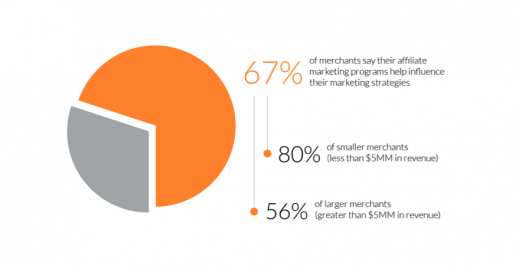 On the contrary, merchants have historically struggled with network quality concerns. A large part of the unease for online merchants using affiliate marketing originates from a lack of insight into where their brands are being promoted. The affiliate marketing industry has rapidly evolved to address these issues with the advent of third-party compliance services to help with detection, as well as improved reporting options supplied by networks, sub-affiliate partners and publishers. Merchants can now request comprehensive reporting, showing exactly where traffic originates. They also have the ability to tailor their affiliate base by blacklisting publishers by region, promotional method or site, giving them greater control over who is able to earn with their brands. 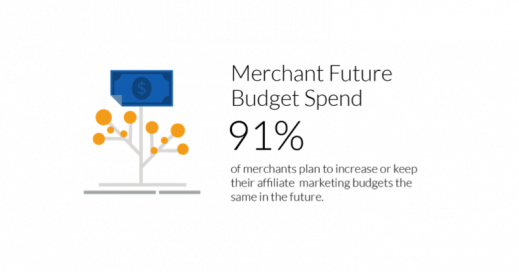 So what does this mean for the future? Looking ahead, it’s likely that online merchant adoption of affiliate marketing will continue to grow. With the rise of ad blockers and declining page views due to consumption on social channels such as SnapChat and Facebook Instant Articles, merchants will have to find new and creative ways to get in front of their audience. Affiliate is poised to be one of their best allies.

Oliver Roup is the founder and CEO of VigLink, an outbound-traffic monetization service for publishers, forums, and bloggers.

What the Rest of 2021 Has in Store for Retailers