For the first time in four years, Target will sell Amazon.com tablets and e-readers on its website and in its stores. Target stopped selling Kindles in May 2012, according to an article from The New York Times. At the time, Target was one of the bigger carriers of the e-readers outside of the e-commerce space. The big-box retailer's decision to stop carrying the product was viewed as a smart move by many analysts, but it appears that in anticipation of this year's back-to-school and holiday seasons, Target will provide another sales avenue for various Amazon devices. Amazon’s Kindle e-readers, Fire tablets and Fire TV products are currently available on Target.com, and the items will be stocked in Target stores starting in October.

This announcement from Target comes during a period of significant growth for Amazon. According to MarketWatch.com, Amazon accounted for 60 percent of U.S. online sales growth in 2015. To put that in perspective, that’s $23 billion more in e-commerce sales than it reported in the previous year. A large portion of this growth could be a result of the increase in Prime memberships. While Amazon hasn’t released exact numbers on Prime subscriptions, some estimates show that there are as many as 64 million Prime members in the U.S. alone — that’s 40 percent of all households.

Beyond Amazon's successful 2015, there is a key factor some experts are citing as a major indicator that the online retailer isn't showing signs of slowing down. Fox Business reports that Amazon’s employee count has skyrocketed by 49 percent to 245,200 in the past year. The company hasn’t experienced that type of growth since 2011-2012, when it reported a 75 percent spike in employee head count. Shortly after this period, we saw Target pull Amazon products from its shelves.

As Amazon experiences another surge in growth, Target will stock the Kindle and Fire items in its stores just in time for the holiday shopping season rush. An article on Bloomberg.com reported that Target expects Amazon’s devices to drive traffic to its stores and give new life to its electronics business. “Target continually evaluates our assortment to deliver quality products at a great value,” the company said in a statement. “We know our guests love the many aspects of shopping at Target, and believe they will appreciate the convenience and savings of finding these items in our stores and on Target.com.”

Market Track reviewed its historical advertising data to uncover Target's last circular promotion of the Amazon Kindle. The e-reader was positioned among popular Mother’s Day gifts in a May 2012 circular, which can be seen below. 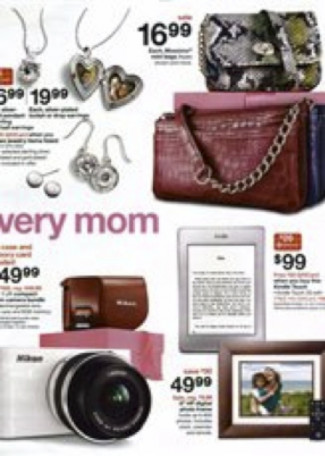 Last circular promotion of a Kindle for Target

Four years later and Amazon’s offering has changed quite a bit, and that's now reflected on Target’s website. Target currently stocks six Amazon products online, including the Fire TV, Fire TV Stick, Kindle Paperwhite, and the Fire 7” Tablet. At this time, Target hasn't featured any promotions for these products via social media, but that could change come October when the items will be available in-store. 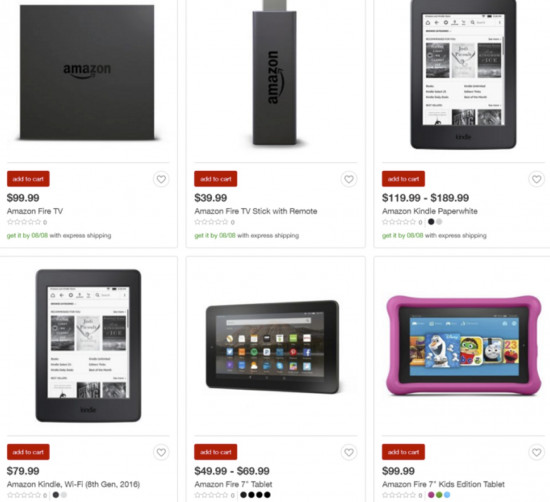 The Impact of Inflation on Consumer Behavior

Disney+ Expands Into E-Commerce With Merchandise