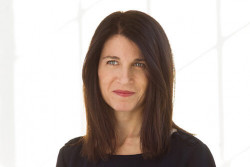 Stitch Fix, the fast-growing online retailer and personal styling service, announced last week that Julie Bornstein, the company’s chief operating officer for the past two-plus years, is leaving the company. The news comes as a bit of a surprise, as Stitch Fix is rumored to be filing an IPO later this year.

Bornstein is an e-commerce veteran, having held senior roles at Sephora, Urban Outfitters, and Nordstrom, and was Stitch Fix’s No. 2 exec, overseeing all marketing, operations and customer experience teams. She reported to the company's founder and CEO Katrina Lake. Bornstein previously served on Stitch Fix’s board of directors.

No statement was given regarding Bornstein's departure other than she was leaving to "pursue a new challenge."