On a surprisingly rainy day last week in the Palm Springs desert, over 1,500 retailers gathered at the annual eTail West conference to discuss the latest trends in digital retail. Over the next three days, the sun came back out and conference attendees learned how retailers are addressing challenges to align technology and their organizations to better meet the demands of online shoppers. Below are some of the main themes to emerge from the conference.

Personal-ized Journeys
Wal-Mart Vice President Matt Baer began his presentation by talking about his own personal journey starting with a family-run home furnishings company, becoming a lawyer, and abandoning law to get back to retail, which ultimately led to his current position at Wal-Mart Home. Matt sees a watershed moment coming very soon in e-commerce for home furnishings. For example, he noted that today only 1 percent of home furniture purchases happen online, but in a matter of a few years, he expects it to increase to 20 percent to 30 percent. Selling home furnishings online requires rich images, technologies to see furnishing placement in home (e.g., augmented and virtual reality), and applications such as live chat to help shoppers make purchasing decisions.

Key takeaway: Page load speed and user experience will be critical to achieve the expected growth in the home furnishings digital market.

Near the end of the presentation, an attendee asked Baer a question about Wal-Mart’s recent acquisition spree of Jet.com, Moosejaw and ShoeBuy.com, and what the strategy will be for the three brands moving forward. Matt explained that each brand would remain independent, and that Wal-Mart wants all three to continue to focus on value-driven, quality products for their customers. Additionally, he explained that the goal is to keep them small because smaller brands can develop customer relationships differently than a mass merchant such as Wal-Mart.

Barnes & Noble Chief Digital Officer Fred Argir also had a compelling session. Argir described an early meeting after he first joined the company when he proclaimed, “We're not a technology company; we're a retailer.” The message wasn't popular internally, but was effective in shifting Barnes & Noble’s digital strategy to align with its customers. Argir put into place an initiative to gauge shopper contentment by asking shoppers every day to rate the company on a scale of one to 10. Unfortunately, the answer was typically a three, and this needed to change. Since then, Barnes & Noble has been able to significantly increase customer satisfaction. Argir's presentation gave us insight into how strong leadership and focus can help turn an organization around. 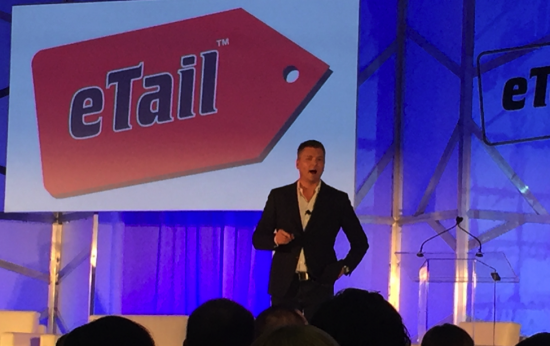 One of the more popular sessions of the conference was the Women of eTail breakout session on Wednesday, where five senior-level retail executives spoke transparently about their journeys in the industry. Each of the women detailed struggles and challenges they've experienced, and provided sound advice based on that experience.

Organizational Shift for Successful Omnichannel
Another hot topic at eTail centered around shifting organizational structure to create a focus on the consumer, regardless if he or she is online, in-store or somewhere in between. To make this a reality, retailers will need to move away from in-store and online silos and begin to work collaboratively to drive revenue across all channels. By doing so, they'll gain financial clarity about transaction ownership and reward employees based on full company performance rather than just channel-specific performance as they've done in the past.

Speed = Conversion
Soasta put together a great session breaking down consumer behaviors and traffic to give us all good insight into how to identify and prioritize web performance improvements. It's been well documented that in terms of shoppers’ expectations for page load speed, you only have a few seconds — and mobile speed is especially problematic. For example, if mobile pages load in less than three seconds, bounce rate is manageable. However, if they take more than five, six and 10 seconds to load, bounce rates increase by 90 percent, 106 percent and 123 percent, respectively. 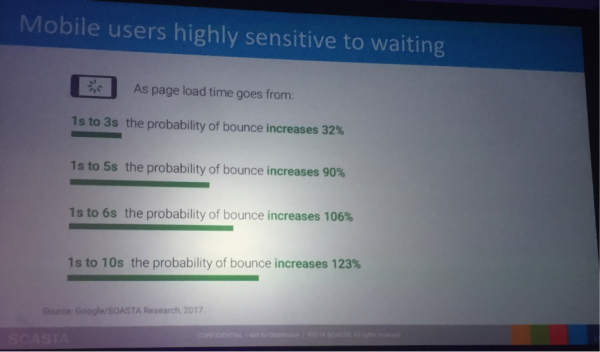 In terms of improving web performance, Soasta advised on first building a culture where performance is important, measured accurately and is a key requirement in the technology decision-making process. Soasta also demonstrated how speed impacts revenue, and advised that e-tailers review page measurements like completion rate, bounce rate and page load, alongside conversion rate and average order value to see the impact of speed on conversions. In the example below, Soasta shared how reducing page load speed by 756 milliseconds equaled a 0.25 percent increase in conversion, which, for this example, equaled an additional $6.1 million in revenue.

Key takeaway: Every retailer should be trying to make their site as fast as possible to maximize sales. 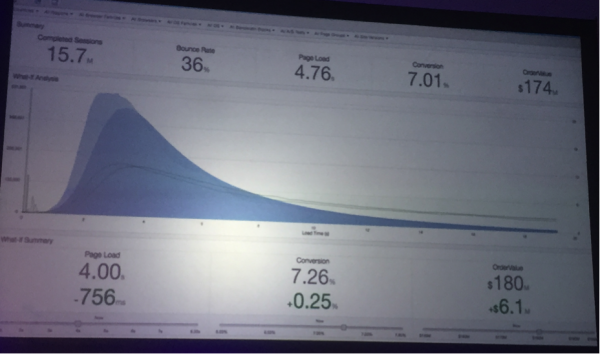 Rich Stendardo is the CEO of Yottaa, a web and mobile optimization services company.

Related story: An Online Dollar Store to Hollar About