Retail by the Numbers: Holiday Wrap-Up

Here’s a look at how each of the three major selling channels (in-store, online, mobile) fared for retail brands during three of the busiest days of the 2015 holiday season — Thanksgiving, Black Friday, Cyber Monday.

As the charts below reveal, mobile, perhaps not surprisingly, was the big winner among the three channels for year-over-year growth.

Mobile saw the biggest increase in percentage of sales on Black Friday, accounting for $905 million, a 28 percent increase over 2014, according to Adobe.

Mobile was also the big winner on Cyber Monday, with the channel accounting for $838 million in sales, an increase of more than 50 percent year-over-year, according to data from comScore. 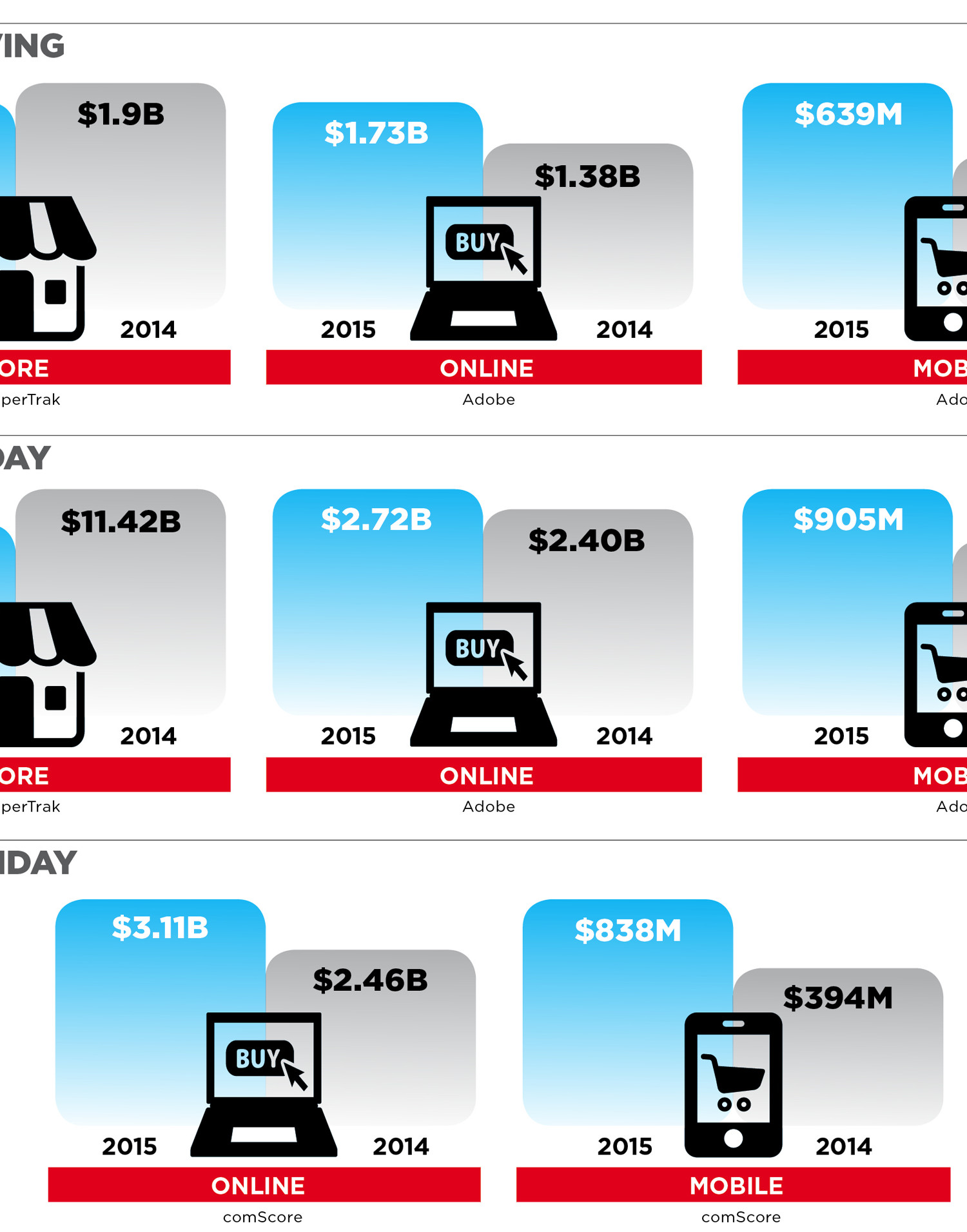 How Retailers Can Capitalize on 5 Shopper Types

How Retailers Are Preparing, Investing for Success