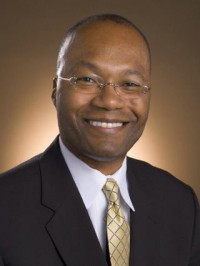 Davis most recently served as CFO at Darden Restaurants. He has also held senior leadership positions at Wal-Mart U.S. stores, Lakeland Tours, McKesson Corp. and The Hillman Co. With J.C. Penney, Davis will be in charge of all of financial operations, and will focus on earnings opportunities; optimizing pricing; managing selling, general and administrative costs; overseeing inventory levels; and deleveraging debt.

“(Davis) brings decades of finance, treasury and strategy experience from a host of leading companies, and will make an outstanding addition to our team," J.C. Penney CEO Marvin Ellison said. "Jeff's expertise will also be a tremendous asset to J.C. Penney as we continue to differentiate our business in a competitive retail climate and further strengthen our balance sheet moving forward."