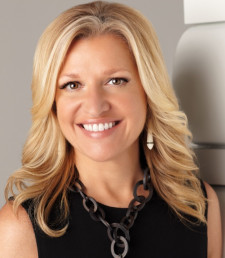 Weight Watchers has named Mindy Grossman, CEO of home shopping retailer HSN, to serve as the next chief executive officer at the diet company. On Wednesday, Weight Watchers said Grossman would be appointed to the joint roles of president and CEO, effective in July. She will also join the company's board of directors. Grossman served as CEO of HSN for the past nine years. HSN is a $4 billion direct-to-consumer retailer that sells home and apparel goods through the company's TV channel, e-commerce site, and mobile apps. HSN, in a separate statement, said Grossman's resignation would be effective May 24. The company's board has hired a national search firm to find a successor for Grossman, saying it would consider both internal and external candidates.

Total Retail's Take: This parting may be mutual. Grossman has been with HSN for 10 years, and has seen the company through ups and down. It appears she's interested in a new challenge, and turning around Weight Watchers certainly presents her with one. As for HSN, the company's financial performance has been going the wrong direction in recent years. Its stock has declined by double-digits, and sales and profits both declined in 2016 fiscal year. Perhaps a fresh start for both Grossman and HSN is best for all involved.