Store closings have been an unfortunate theme during 2017. Retailers such as Sears, J.C. Penney, Payless, Gymboree and many more have announced store closures this year. And to add injury to insult for traditional brick-and-mortar retailers, Amazon.com is moving into their space. Amazon's push into brick-and-mortar retail is one more reason B-to-C retailers are concerned about the e-commerce Goliath's impact on their businesses.

Total Retail recently surveyed its audience to get their thoughts on Amazon's brick-and-mortar plans. The results, which were featured in the recent Total Retail and IBM report, The Amazon Effect: How Retailers Are Adapting Their Businesses to Better Compete With the Industry Leader, provided a look into what retailers really think of Amazon opening its own stores. See the chart below: 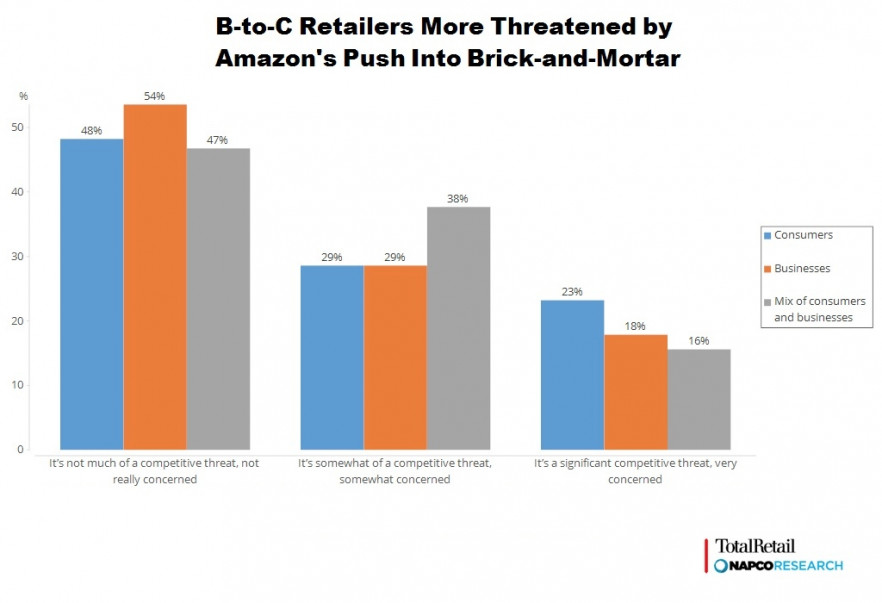 When it comes to feeling threatened by Amazon's push into brick-and-mortar, B-to-C retailers are feeling the heat more than B-to-B retailers and companies that sell to both businesses and consumers. As the chart above reveals, 23 percent of B-to-C respondents said Amazon's decision to open brick-and-mortar stores is a significant competitive threat, and that they’re very concerned about it. Conversely, only 18 percent of B-to-B retailers and 16 percent of companies that sell to both businesses and consumers label Amazon’s entry into brick-and-mortar retail as a significant competitive threat, of which they’re very concerned.

We’ll continue with our coverage of The Amazon Effect report in Thursday's issue of Total Retail Report. In the meantime, make sure to download the full report here.

How to Deliver Personalized In-Store Experiences

The Key to Proper Lease Management for Retailers