When asked in a recent survey to choose the answer that most closely aligned with how fairly they believed they are compensated from a market-level perspective, more than one-third of female retail executives chose either "not so fairly" or "not at all fairly." That compares to just 21 percent of male respondents who chose those same answers (see chart below for further details).

This difference of opinion between the two genders regarding compensation fairness was just one of many key findings to emerge from Total Retail's 2018 Salary Benchmark Report, which included the results of an online survey sent to the brand's audience earlier this year. 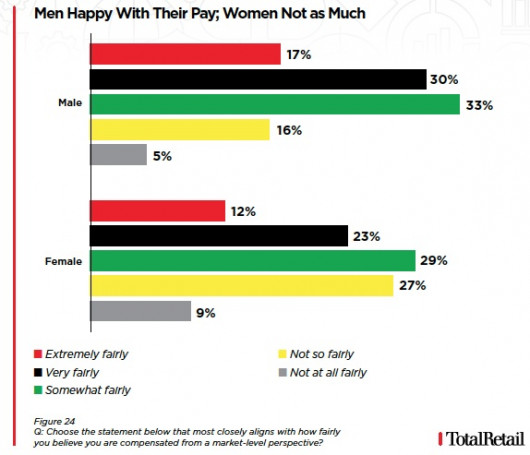 The unhappiness of female retail executives with their compensation packages isn't without merit. According to our survey, women retail executives are making $11,000 less than what men are. Women polled earn, on average, $135,130, compared to $146,201 for men. 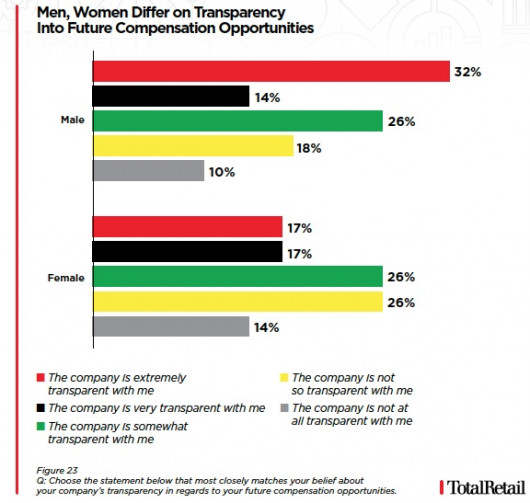 What this data tells us is that retail organizations need to do a better job of communicating with their employees, particularly when it comes to their career development paths. Be open and honest with employees about their performance, including areas of strength and weaknesses, as well as what's necessary for them to prove in order to move up the corporate ladder (and to a bigger salary). Have managers and team leaders schedule regular employee reviews — whether that be monthly, quarterly, every six months —to create open lines of communication. Fostering stronger relationships between employees and managers/executives ultimately can lead to better performance.

How to Minimize Employee Turnover in Retail