Last week, the 2019 Shoptalk conference featured one of its best speaker lineups and attendance to date. Over 8,000 e-commerce professionals gathered to hear presentations from 185 retail and e-commerce experts about trends and technologies impacting the industry.

In particular, four great sessions stood out that demonstrated two main themes of the conference. One theme was the importance of nonshoppable content to brand loyalty, as illustrated by Mattel and Dollar Shave Club. The other theme was how traditional brick-and-mortar retailers need to think differently and innovate in order to address the unique needs of their online shoppers, illustrated by Gap and Lowe’s.

Here's what we learned from the best presentations at Shoptalk: 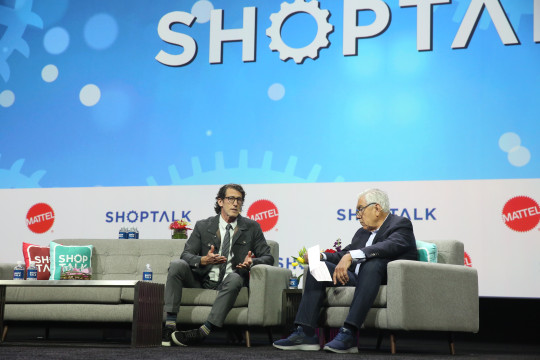 Richard Dickson, president and COO of Mattel, on stage during Shoptalk 2019. | Credit: Shoptalk

The first general session on Monday featured Richard Dickson, president and chief operating officer of Mattel. Dickson discussed innovation plans for several Mattel brands, but spent the majority of his time focusing on American Girl. American Girl is an iconic brand intended to teach history and empowerment through doll play and character-driven books that highlight specific themes and eras in history. It was amazing to learn that 50 percent of American Girl’s revenue is generated online even though its physical stores are extremely popular. In fact, Mattel is embracing the digital channel to further expand the American Girl brand and make it even more accessible with online movies, TV series, gaming, and other digital content.

Mattel has found that investments in nonshoppable content is essential to building great brand loyalty. And that brand loyalty is immediately measurable in repeat sales that extend into adulthood. Although Mattel’s strategy is centered on digital content, Dickson acknowledged that it's important to find the balance between physical and digital play, because he believes physical play is a critical part of developing active imaginations in young children. When asked about the #MeToo movement and how American Girl is adjusting to this cultural shift, Dickson was quick to point out that the rest of the world is actually just catching up with American Girl, which has been empowering girls to stand up for themselves for quite some time. 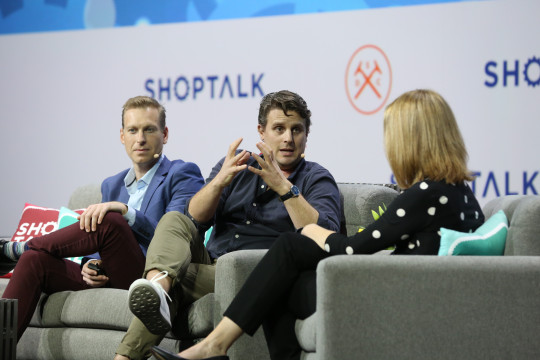 Michael Dubin, CEO of Dollar Shave Club, discussed his company’s brand shift planned for 2019. Dollar Shave Club will shift its focus to helping men care for their entire mind and body with products expanding to everything men need to get ready for the day — razors being just one piece. The company plans to maintain its subscription model, but instead of shipping razors every month, it will send packages several times a year with everything a man needs to care for himself.

Like American Girl, Dubin also discussed the importance of nonshoppable content in building a loyal brand community. For example, Dollar Shave Club has launched a men’s content magazine called MEL that engages men with interesting and comical content that “regular guys” can relate to. The company’s goal is to tap into men’s need for reinforcement in caring for themselves. Dollar Shave Club’s approach is unique from American Girl because MEL’s content isn't promoted as part of its brand. However, Dubin believes that engaging consumers with this type of content will increase men’s awareness of how to care for themselves, and ultimately build loyalty with the Dollar Shave Club brand.

Dubin also shared a great video about men’s grooming habits backed by the song “I’ve Got To Be Me.” Needless to say, we were all laughing by the end of the video.

Gap: Digital Needs to Get Back to the Basics 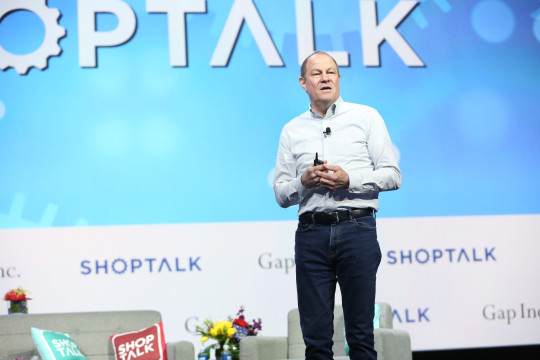 Everyone was excited to see Art Peck, president and CEO of Gap Inc., walk on stage after the big announcement last week that Gap Inc. planned to spin off Old Navy into a separate public company. But any hopes that he would discuss the decision were quickly forgotten as he kicked off by chronicling the history of brick-and-mortar retail, and how it relates to the current world of online shopping.

Peck began with the significance of the GI Bill in promoting college education, facilitating higher-paying jobs, and the shift to suburban living. When retail left Main Street and went to more easily accessible shopping malls in the suburbs, store retail really began to flourish.

Sixty years after the first mall was constructed, these once bustling hot spots are now dying. Despite this fact, 80 percent of Gap's revenue is still generated from in-store shoppers who want to browse, try on clothes, and walk out with their purchase that day. Peck acknowledged that Gap can’t just sit on the sidelines and watch sales drop as fewer shoppers visit malls. The company is working to bring stores closer to customers, building them in places shoppers already go, such as next to a Trader Joe’s or other regularly visited locations.

Peck then shifted to talking about digital technology. He discussed the importance of big data, and the benefits of using data to predict store demand and align inventory based on regional and demographic factors. He went on to share his opinion that the industry needs to “get back to basics” in managing the digital channel, with a better focus on effective merchandising, size/inventory availability, and faster website page load times.

Finally, as the session was winding down, Peck finally addressed the Old Navy elephant in the room. He pointed out that the Gap was founded on two basic principles: one, be innovative and, two, reject compromise. These principles are still a very important influence in how the company runs its business today. Old Navy is the second largest apparel brand in the world at $8 billion in annual sales, and, over time, it became apparent that Old Navy’s needs were very different from the rest of the Gap Inc. organization. Gap's leadership thought the best decision for both companies was to split the two entities, so Old Navy can continue to innovate on its own path. 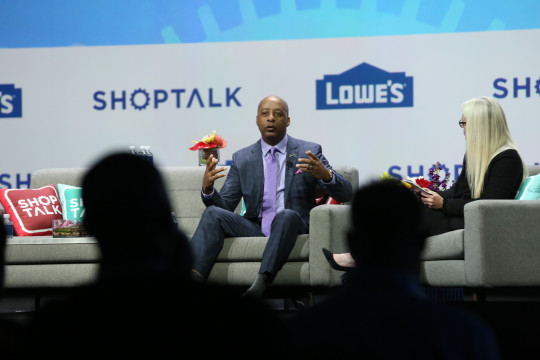 The most inspiring general session was presented by Marvin Ellison, president and CEO of Lowe’s. Ellison himself is an inspiring tale, as he started his career as a security guard and has evolved into a successful CEO of a $71 billion organization. He spoke about his early career, in which he felt pressure to conform, even though his instincts and opinions were very different from those around him. When Ellison grew frustrated that he wasn't fitting in with the culture at work, he relied on his wife and his father to keep him balanced. His father would often tell him to relax, and assure him to trust his instincts. “Be yourself” he would tell him, because “nobody can beat you when you’re being you.” As he embraced this philosophy and stopped trying to conform, he found that people were more willing to listen to his ideas, and his career began to take off.

Ellison's philosophy has paid off for Lowe’s, which achieved an impressive milestone of $4 billion in online sales, despite serving three distinct customer segments (do it yourself, do it for me, professionals) that typically buy in physical stores. Along the way Lowe’s has worked hard to stay true to itself (as a traditional store retailer) and its market (we want it now), and has had the courage to stray from the path followed by other pure-play online retailers. The result? Today, over 70 percent of its online sales are picked up in-store.

Ellison ended his inspirational session with advice based on his own experience: Don’t convert into one of the masses and become a commodity. No one wants a commodity — it’s low priced and easily available. Be different and have the courage to show your value to the world, and people will start seeking you out.

Shoptalk 2019 covered a wide range of topics, from technology (artificial intelligence, big data, website performance) to channel strategy (marketplaces, store pickup, etc.) to international expansion. But the themes introduced by Mattel, Dollar Shave Club, Gap, and Lowe’s in the general sessions kept appearing throughout the show. To be successful in online retail, you can’t just follow the herd and keep a narrow focus on your e-commerce metrics. The most innovative companies are building greater engagement with their customers outside of their websites, whether by promoting nonshoppable content, driving them to their stores, or engaging them on social media. It will be interesting to see what retailers at the show say next year, as they start to measure the return on investment of these new methodologies.

How Wayfair is Prioritizing In-Store Innovation

How Do Retailers Solve the Labor Shortage Crisis?

3 Hybrid Trends That Will Last Beyond the Holidays